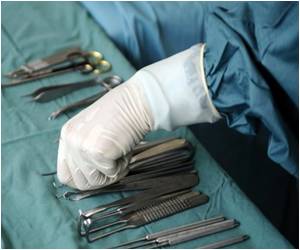 Laparoscopic surgeon Surendra Ugale comments regarding an increase in the number of countries showing interest in trying the laparoscopic ileal interposition surgery for the control of type 2 diabetes.

Ugale of Kirloskar Hospital, who is the pioneer of this technique in India, hopes increasing awareness about an alternative available to control diabetes would make it popular around the world.

A team of doctors led by Ugale is performing ileal tnterposition (also known as metabolic surgery) at select centres in Hyderabad, Kolkata and Istanbul (Turkey).


Under the technique pioneered by Brazilian surgeon Aureo de Paula 10 years ago, a part of stomach is removed, a long segment of the last part of small bowel (ileum) is cut and joined very close to the stomach.
Advertisement
After a patient undergoes the surgery, undigested food first enters ileum to stimulate the increased secretion of a hormone called GLP-I, which in turn stimulates beta cells in pancreas to secrete increased amounts of insulin.

The team led by Ugale, who learnt the technique from Paula, has performed 250 surgeries during last five years with 90 to 95 percent remission rate (patients who don't depend on medicines after the surgery).

Ugale, the second surgeon in the world to perform metabolic surgeries, told reporters here Friday that Alper Celik, a surgeon trained by him, has so far performed 150 surgeries in Istanbul.

He said several Gulf countries, including the UAE, were taking interest in the technique. He plans to train surgeons in Australia next month.

Three patients including Ugale's wife Meena Ugale, a gynaecologist, shared their experiences at the press conference. They no longer depend on medication and the surgery also helped them control their weight.

The surgery costs Rs.4 lakh. Ugale said if the government reduces duty on the advanced equipment used for the surgery, this could bring down the cost.

He also offered to train government surgeons so that the government hospitals can offer this treatment free of cost.

He also wants the insurance companies to extend their support considering the fact that diabetes is more dangerous than even heart problems. He pointed out that mortality rate due to diabetes and obesity is increasing across the world.

Ugale explained that the metabolic surgery is different from bariatric surgery. While bariatric surgeries are done to control obesity, they were not free from side-effects like malabsorption, malnutrition and recurrence of diabetes as the various procedures are meant for weight loss and not for diabetes.

Claiming that metabolic surgery is free from side-effects, Ugale said it caters to the requirements of Indian diabetic patients, 60 to 80 percent of whom are not obese.

He attributed lack of awareness among people and the tendency among surgeons to look for shortcuts rather than learning an advanced technique for the metabolic surgery not becoming popular during last one decade.

He believes that the technique offers an ideal solution to India, which has 62 million diabetic. The World Health Organisation (WHO) has estimated that the economic burden of diabetes on India would be $350 billion by 2020.

Advertisement
<< Robot Performs Laparoscopy, First In US
Why Trusting Your 'Gut' Feeling may Help >>

Small-Bowel Obstruction Threat Reduced by Laparoscopy
Open surgery seems to be linked to an amplified risk of small-bowel obstructions in comparison to .....

Gas Improves Blood Flow and Organ Status During Noninvasive Surgery
As good as laparoscopy is in preventing some of the stresses of open surgery on the body, it does .....