A day after King Abdullah tried to reassure a worried public, Saudi Arabia announced two more deaths from the MERS coronavirus, taking the country's toll to 87. 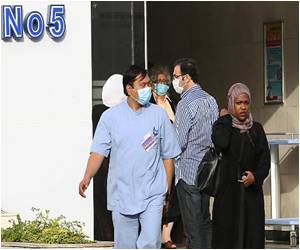 A health ministry bulletin on the Internet said a total of 299 cases of Middle East Respiratory Syndrome had been detected in the kingdom since MERS first appeared in September 2012.

On Thursday, King Abdullah was in the Red Sea city and commercial hub of Jeddah which has seen a spate of cases among health staff in recent weeks that have sparked fears the virus has mutated to make it more transmissible from person to person.

Public concern has been fuelled by the reported resignation last week of at least four doctors at Jeddah's King Fahd Hospital after they refused to treat MERS patients for fear of infection.

The World Health Organisation announced on Wednesday that it had offered to send international experts to Saudi Arabia to investigate "any evolving risk" resulting from the apparent change in transmission pattern.

Amid criticism faced that Saudi Arabia was not doing enough to contain the deadly MERS virus, the country has just reportedly confirmed an outbreak of the disease.

Gene profiling of the MERS virus may provide valuable insights about how the microbe spreads, researchers from Britain and Saudi Arabia claim

Bereavement is a word used to denote grief, pain and sadness following the loss of a loved one.