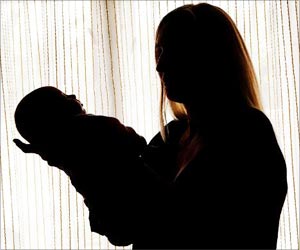 A 23-year-old woman in West Bengal gave birth to a baby with fused legs, or mermaid-like features. The mermaid syndrome or Sirenomelia is thought to affect one in every 60,000 to 100,000 births and this was India's second.

The baby's sex could not be identified due to its underdeveloped pelvis and fused legs. Muskura Bibi gave birth to the baby at the government-run Chittaranjan Deva Sadan Hospital in Kolkata.

Advertisement
‘West Bengal woman gave birth to a baby with mermaid syndrome, whose sex was unclear due to its fused legs and underdeveloped pelvis.’

As she couldn't afford any scans during her pregnancy, she learnt about the condition of the baby only after giving birth.Dr Sudip Saha, a child specialist at the hospital said: "The parents are a labouring couple and had not sought proper medication during pregnancy due to lack of money."


Lack of proper nutrition and improper blood circulation from a mother to the baby can create this kind of abnormality. The rare birth was the second such known case in India and the fifth in the world. Earlier in 2016, a woman from Uttar Pradesh gave birth to the first known 'mermaid baby' of the country, but it survived only for 10 minutes.
Advertisement
Sirenomelia is an extremely rare congenital developmental disorder characterised by anomalies of the lower spine and the lower limbs. Affected infants are born with a partial or complete fusion of the legs. It is estimated that this condition is found in approximately one out of every 100,000 live births -about as rare as conjoined twins - although the exact incidence is unknown.