Mercury in Seafood Does Not Appear To Increase the Risk of Dementia: Study

Eating seafood may lead to higher levels of mercury in the brain, but a new study found that increased mercury does not appear to increase the risk of dementia.

The study in the Journal of the American Medical Association (JAMA) was based on the autopsies of 286 people who died at an average age of 90. Participants in the study began reporting their food intake via questionnaire on average nearly five years before their death.


‘Mercury is a neurotoxin that makes its way into the air and water -- and then accumulates in fish, the toxic effects of mercury on cognition and brain development may be reduced by selenium, an essential nutrient present in seafood.’


Mercury is a neurotoxin that makes its way into the air and water -- and then accumulates in fish -- when trash is incinerated and coal is burned for electricity. Researchers said the toxic effects of mercury on cognition and brain development may be reduced by selenium, an essential nutrient present in seafood.

Among a certain group of people -- those with a gene variant known as apolipoprotein E (ApoE4) which is linked to a higher risk of developing Alzheimer's -- researchers found fewer signs of brain disease in those who ate fish once per week, or more.

According to the study, those who took fish oil supplements showed no statistically significant change -- neither improvements nor declines -- in brain health. Researchers said their experiment is the first to examine the relationship between brain health and levels of mercury.

Most of the participants in the study were white, and 67 percent were women, so the finding may not apply to younger people or those of all ethnic groups. The study was funded by grants from the National Institutes of Health.

According to an accompanying editorial by Edeltraut Kroger and Robert Laforce Jr. of Universite Laval in Quebec, the study offers more evidence that eating seafood is good for the brain.

The research "provides reassurance that seafood contamination with mercury is not related to increased brain pathology," they wrote. "Eating fatty fish may continue to be considered potentially beneficial against cognitive decline in at least a proportion of older adults," they added.

"Such a simple strategy is encouraging in the light of the lack of evidence on protection against many neurodegenerative diseases such as Alzheimer disease and Parkinson disease, another cause of dementia."

Peanut and Seafood Allergy can Now be Revealed Through a Blood Test
Researchers have found that a simple blood test can predict who can have severe allergic reactions to peanuts and seafood.
READ MORE 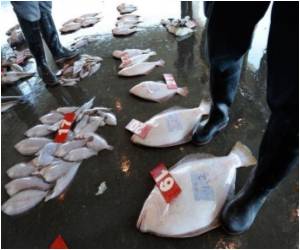 Pearl Inside Seafood Makes a Man Feel Lucky
James had consumed too much beer the previous night and was having a nagging headache the next day.
READ MORE

Seafood Allergies
Seafood allergy is the adverse response of the bodys immune system to the proteins present in fish and shelled fish such as crab, lobster, clams.
READ MORE