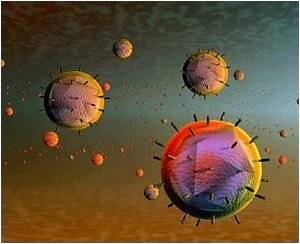 The Food and Drug Administration has been urged by a US government advisory committee to approve a new drug made by Merck to fight hepatitis C, a disease which attacks the liver.

The advisory committee agreed by a vote of 18-0 that available data supports "approval of boceprevir for treatment of patients with chronic hepatitis C genotype 1 in combination with pegylated interferon and ribavirin."

The FDA does not have to follow the recommendations of its advisory panel but it often does.


Boceprevir, an investigational drug being marketed under the name Victrelis, is a protease inhibitor, and works in combination with the current two-drug regimen to stop the hepatitis C virus from replicating.

Hepatitis A is the most benign of the hepatitis viruses and usually has no long term side effects. Hepatitis A vaccine is available that is 95% effective in preventing the disease.
Advertisement
A study last month in the New England Journal of Medicine showed that among two groups of patients who took the three-drug combination, 59 percent and 66 percent got rid of the virus compared to 21 percent in the control group taking the two drugs only.

"This drug is going to exponentially improve the outcomes of people with hepatitis C," said panel member Patrick Clay after the vote.

Most people infected with hepatitis C live symptom-free for years, but once it is discovered it is often too late for it to respond to the current two-drug treatment.

In the past the disease could be spread through contact with infected blood products, and is still contracted by drug users sharing needles or straws during the use of cocaine, or by unprotected sex with a sufferer.

"The positive recommendation brings us one step closer to bringing Victrelis to men and women who need it, and reinforces our ongoing commitment to developing innovative therapies to treat chronic hepatitis C," said a statement by Peter Kim, president, Merck Research Laboratories.

"We're pleased with the panel's decision and look forward to working with the FDA as it continues to evaluate the application for Victrelis."

Another drug, telaprevir, is a hepatitis C virus protease inhibitor manufactured by Vertex Pharmaceuticals in Massachusetts, and will be voted on Thursday by the same FDA advisory panel.

However, some experts have expressed concern about the complexity of the three-pill regime and the potential for bad drug interactions.

"I have significant concerns about the unknown drug interactions which I think will have potentially big implications," said panel member Michelle Roland at the Wednesday vote on boceprevir.

She urged more "drug interaction studies as soon as possible."

Vasculitis is an inflammation of the blood vessels of the body that can affect people of all ages; it is ...
This site uses cookies to deliver our services.By using our site, you acknowledge that you have read and understand our Cookie Policy, Privacy Policy, and our Terms of Use  Ok, Got it. Close
×