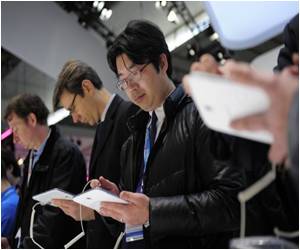 Playing games on smart phones can improve cognitive ability, says a research published in the journal PLOS One.

The participants were randomly assigned each game and were asked to play the game for an hour for five days a week over a month. It was noted that specific mental skills of the participants improved based on the requirement of the game.


However, researchers cautioned that it is necessary to strike the right balance between work and play.

Authors conclude that further research is needed to link the performance to real world activities.

Smart Phones Could be Used as Field Microscopes Demonstrates a Toronto Doctor
Toronto doctor turns his iPhone 4S into a field microscope to detect intestinal worms in children .....

Living, Sleeping by Smart Phones Are Britons
A lot of Britons seem to be leading their lives as gadget addicts....