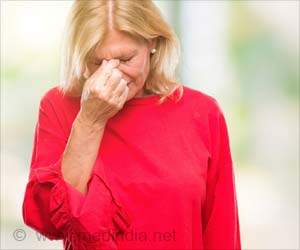 Mental health history could put cancer patients at risk of succumbing to their cancer, finds a new study. The results of this study are published in the British Journal of Cancer.

Cancer patients who have been hospitalized for mental health problems prior to their cancer diagnosis were 73% more likely to die from their cancer compared to those who had never had psychiatric help.

Advertisement
‘According to this study, recent psychiatric history should be considered as a red flag to all doctors and nurses treating cancer patients. It's essential we keep a close eye on these patients to make sure they're receiving the best possible care and are followed up if and when cancer appointments are missed.’

The study of more than 675,000 cancer patients from Ontario, Canada, looked at those who had been diagnosed with one of the ten most common cancers.


Nearly half of all the cancer patients had undergone a psychiatric assessment as an outpatient, often by a GP. Around 7,900 cancer patients had either been treated as an emergency, and more than 4,000 had been hospitalized for their mental health in the five years prior to their cancer diagnosis.
Advertisement
The researchers, based at the University of Toronto and the Institute for Clinical Evaluative Sciences, discovered that as the level of psychiatric help increased, there was a greater risk of death. They speculate that one of the possible reasons is that stress incurred from mental problems may affect the body's biological systems.

In particular, bladder and bowel cancer patients who had received help for their mental health had a significantly higher chance of death compared to patients with the same cancers who hadn't had any psychiatric problems. Bladder cancer patients with a history a of hospital admission were more than twice as likely to die from their cancer, but researchers are unsure why this is.

"A recent psychiatric history should be a red flag to all doctors and nurses treating cancer patients. It's essential we keep a close eye on these patients to make sure they're receiving the best possible care and are followed up if and when cancer appointments are missed."

For patients who saw their GP or had an emergency appointment, the chance of death was higher if this encounter was less than 12 months before a cancer diagnosis compared to if this was between one and five years before.

While the study identified that there was an association between cancer patients having psychiatric help and an increased chance of dying from their disease, it did not prove a direct cause.

Dr. Richard Roope, Cancer Research UK's senior clinical adviser, said: "More research needs to be done to work out why this is the case. It's important that people seeing a doctor for mental health issues are reminded of their cancer screening invitations and that any potential cancer symptoms are addressed in a timely way."

Source: Eurekalert
Advertisement
<< What Do Kids Really Take From E-Cigarette Ads?
Say No To The Morning Drowsiness With The New Blue-Enriched ... >>

Study on Mental Health Disorders and Treatment in Children
A new survey has found that an estimated 7.7 million children in the United States (16.5 percent) .....

Youthful Cognitive Ability Can Predict Your Future Mental Health
Youthful cognitive ability which involves a set of thinking skills such as reasoning, memory, and .....