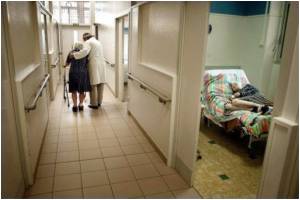 Mental activity through reading or crossword puzzles may stall onset of Alzheimer's, but once dementia sets in, there is no stopping it. If anything the decline in mental faculties is faster in those who have been active earlier.

US researchers who followed more than 1,000 people to find out how helpful mental activities are in keeping at bay debilitating diseases, and the results are mixed.

The team from the Rush University Medical Center in Chicago recruited 1,157 people aged over 65 in the early 1990s.


They were given a maximum of five points based on how often they engaged in a variety of activities which involved processing information, including listening to the radio or watching TV, reading a book, carrying out a crossword puzzle or jigsaw, or going to a museum.
Advertisement
They were then followed for an average of 12 years, with assessments every three years.

For each additional point those without a diagnosed cognitive impairment saw a 50% slower decline in their brain function, which was examined through a variety of tests.

But the 148 people who had a diagnosis of Alzheimer's saw a 42% faster decline for each point they had accumulated for mental activity.

But when Alzheimer's is finally diagnosed, the disease appears to be at a more advanced stage.

"We think there's a trade-off," said senior study author Robert Wilson of Rush University Medical Center in Chicago. Keeping mentally active means that there is "a little more time during which the person is cognitively competent and independent and a little less time in a disabled and dependent state" once dementia does set in, said Wilson, who is senior neuropsychologist at Rush's Alzheimer's Disease Center.

Previous work has suggested that mentally stimulating exercises do not actually prevent these lesions from accumulating. Instead, they allow individuals to remain relatively cognitively normal for a while longer, even in the presence of those lesions.

However, once the plaques and tangles accumulate to a certain threshold, high cognitive activity can no longer prevent symptoms of dementia, and the behavioral signs of the disease appear.

Because people can behave normally for years -- even while brain lesions are appearing -- at the point at which they're first diagnosed with dementia, a person with a history of cognitive activity actually has more plaques and tangles in their brain than a person who wasn't so cognitively active, Wilson believes.

The findings were published online Sept. 1 in Neurology.

The Alzheimer's Society said this was a "robust study" which added considerable weight to the argument that, at least in later life, activities like puzzles could keep the brain ticking over for longer.

"However although the symptoms are delayed, there is no evidence changes in the brain associated with dementia have been reduced," a spokesperson said.

"That the brain is allowed to deteriorate to a larger degree before symptoms like memory loss become apparent could explain why the condition seems to progress more quickly after diagnosis.

"More research is now needed to establish why this happens and what role mental stimulation may have in keeping people functioning for longer.'"