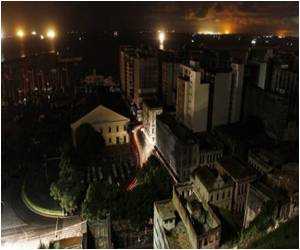 A meningitis epidemic which was reported in the northeastern Brazilian state of Bahia has claimed about 109 lives so far, since the start of the year.

And Brazil's superstar singer Ivete Sangalo revealed that she had contracted viral meningitis, a mild form of the disease, press reports said.


But authorities said 109 people, most of whom contracted cerebro-spinal meningitis, have died since January.

The mortality rate for cerebro-spinal meningitis, characterized by an inflammation of the membranes of the brain and spinal cord, is around eight to 10 percent of cases.

An expert worked nearly 5 years to find a preventive vaccination for pneumococcal meningitis only to see his 11-month old son die due to the same disease
Advertisement
A total of 1,670 people have been hit by bacterial meningitis, the most serious form of the disease, officials said.

In the tourist resort of Costa do Sauipe, dozens of tourists have canceled their bookings as a result of the epidemic, hotel staff told the media.