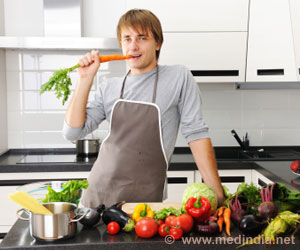 Men with low resting heart rate were at significantly greater risk of engaging in a variety of anti-social behaviours such as stalking, according to a study.

The results revealed that men whose heart rate was one standard deviation below the mean or lower had nearly three times the odds of having engaged in stalking as compared with all other participants, suggesting that low resting heart rate is associated with increased prevalence of stalking behaviour.

Advertisement
‘Men whose heart rate was one standard deviation below the mean or lower had nearly three times the odds of having engaged in stalking as compared with all other participants.’

Based on arousal theory, those with low levels of arousal are less fearful, more likely to seek opportunities to pursue victims to feel stimulated, and are more likely to exhibit impulsive behaviours, the researchers said.


"Our findings suggest that while heart rate is generally found to be associated with aggression and anti-social behaviour across the sexes, these associations may be sex specific when discussing stalking perpetration," said Danielle Boisvert from Sam Houston State University in Texas, US.
Advertisement
Stalking, which has been linked to aggression and violent offending, is unwanted or obsessive attention by an individual or group towards another person.

It can lead to significant psychological, social and economic effects for victims.

When disaggregated by sex, the heart rate-stalking relationship was found to be significant for males, but not for females, the researchers said, in the paper detailed in the Journal of Interpersonal Violence.

According to the American Heart Association, a normal heart rate is between 60 (beats per minute) and 100 (BPM).

But a heart rate of less than 60 BPM in adults is called bradycardia. Physically active adults and athletes often have a resting heart rate slower than 60 BPM but it doesn't cause problems and is normal for them.

For the study, the team conducted a survey of 384 college students. Of these, 32 (including 15 females and 17 males) engaged in stalking behaviours, such as following, watching or spying someone.

Think Twice Before Using an App to Measure Heart Rate
Apps that do not require a touch of the finger tip is more accurate to assess heart rate but there ....

Irregular Heart Rate Can Be Detected Using The New Smartphone App
Smartphone app combined with a hand-held, wireless single lead monitor is a simple and inexpensive ....

Heart Rate and Heart Rhythm
Normal heart rate and rhythm can be measured by checking pulse on the wrist and evaluated with an el...