Men Turned Off by Ugg Boots, Jumpsuits and Leggings 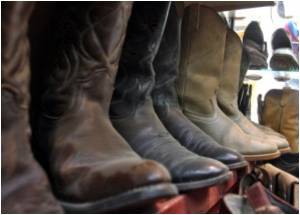 A man quizzed for the study grumbled that Ugg boots "have no ankles and smell pretty bad, too", reports The Daily Star.


Another fella said the problem with leggings was that they left "no mystery".

A third bloke described jumpsuits as "the ultimate in women-dressing-for-other-women".

Adolescent depression is an ailment that occurs during the teenage characterized by persistent melancholy, disappointment and loss of self-esteem.
Advertisement
He said: "At best you look like a toddler, at worst like my mum in the 1970s." As for those sunglasses ... "you can never kiss a woman wearing a pair of those."

Around 9 in 10 polled by organizers of the Clothes Show London protested that their workwear was "stifling".

They wanted rules on suits and shirts to be relaxed and formal shoes replaced by sandals.

Show boss Gavin Brown said: "A move to smart yet cooler attire is a necessary step."

Andropause or male menopause causing low libido in a man is due to decreasing level of male hormones, like testosterone. Symptoms of andropause are depression, irritability.
Advertisement
<< Captured: The Very Moment Blood Flow Begins
All Girls are Call Girls for Karachi Men >>