Men Really are Wimps When It Comes to Illness 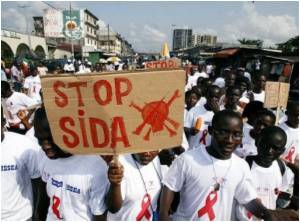 Its actually true that when it comes to falling ill, men really are wimps, say scientists.

A new study has found that men are much more prone to falling sick under work pressure than a working woman, who carries on regardless with a 'stoical response' when she's ill.

Maintaining a food diary and keeping a track of what you eat is the best way to keep your weight under check.
Advertisement

Researchers questioned manual workers from 40 companies about their level of work stress and six months later, asked them if they had had a cold in the preceding four months.


Men who were under stress and felt that they did not have control over their job were 74 per cent more likely to report suffering from a cold.

According to the research team from Ajou University School of Medicine, South Korea, one reason is that "males were significantly more likely to overrate common cold symptoms than females," reports the Daily Mail.

Globalization and changing lifestyles has made diabetes very common in developing countries so much so that India is known as the Diabetes Capital of the World.
Advertisement
"Therefore any association between work-related stress and the common cold may be accentuated in males by their reaction to experiencing a cold - and attenuated in females by their more stoical response," they said.

"The study indicates that men with colds, or man flu if you like, may be under work-related stress, which is something that an employer or manager may be able to do something about," said Dr. John Hobson, editor of the scientific journal Occupational Medicine, in which the results were published.

Dr Olivia Carlton, president of the Society of Occupational Medicine said the findings were a wake-up call for employers.

"Managers in the workplace need to understand how to identify employees who are experiencing stress and help those who are affected," she said.

Tourette syndrome (TS) is a neurological disorder wherein the affected person makes repetitive and stereotyped involuntary movements, or noises, called 'tics'.
Advertisement
Advertisement
This site uses cookies to deliver our services.By using our site, you acknowledge that you have read and understand our Cookie Policy, Privacy Policy, and our Terms of Use  Ok, Got it. Close
×