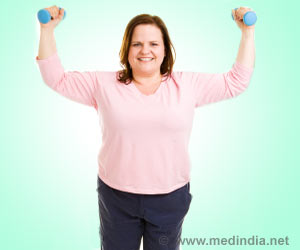 Men living in harsh geographical and climatic conditions prefer women who have masculine features as it may indicate a better chance for survival, a new study reveals.

Researchers led by Urszula Marcinkowska from University of Turku in Finland recruited over 1,970 heterosexual men from 28 countries and showed them images of women that were altered to look more or less feminine.

The responses were then analyzed and compared them with demographic and social characteristics of each country and found that men from countries such as Nepal, Columbia and Nigeria preferred women with masculine features while those from countries such as Japan, Australia and United States displayed preference towards women with feminine features.


Dan Kruger, an evolutionary psychologist from the University of Michigan, suggested that one of the reasons for disparity in preference could be due to harsh living conditions. "It seems like there's a trade-off going on, where in the harsher environments, men are putting less preference on femininity. You could see how these preferences may or may not shift to see how deep-seated they are", he said.

Source: Medindia
Advertisement
<< Here's How Smartphones can Aid Your Fight Against the Flab
Fitness Tracker for Kids Developed by Leapfrog >>