Early growth spurt in boys may be a novel risk factor for the development of type 2 diabetes later in life, reports a new study. The findings of the study are published in the journal Diabetologia.

It is an observational study following more than 30,600 Swedish men born between 1945 and 1961, published in Diabetologia (the journal of the European Association for the Study of Diabetes).

Specifically, researchers found that boys who had their pubertal growth spurt at age 9.3 to 13.4 years (the youngest group) were around twice as likely to develop early type 2 diabetes (aged 57 years or younger, than those who had the growth spurt at the age of 14.8 to 17.9 years (the oldest group), when the data was adjusted for the children's body-mass index (BMI) (see table 3 full paper).


‘Early puberty could be a novel independent risk factor for type 2 diabetes in men. ’


In addition to an increased risk of early type 2 diabetes, boys who went through puberty in the youngest group also had a 27% increased risk of late-type 2 diabetes (after age 57 years), not as pronounced as for early type 2 diabetes. The age of 57.2 years was the cut-off point for 'early' and 'late' since it was the median age of developing diabetes in the study, with an equal number of those who developed diabetes doing so both before and after this age. The associations between early puberty and early and late-type two diabetes were also maintained after adjustment for a range of factors including birth year, country of birth, birth weight, and education level.

An elevated BMI in adulthood is a well-known risk factor for type 2 diabetes. Previous studies have found that boys who are overweight as children or gain excessive weight during puberty are more likely to develop type 2 diabetes as adults. In addition, evidence suggests a link between early puberty onset in girls (start of menstruation) and higher diabetes risk, but retrospective studies in boys have been hampered by the lack of easily available markers of puberty. The purpose of this new study was to determine whether puberty timing can be linked to diabetes risk in men, even after adjusting for changes in BMI, using an objective measure of puberty timing.

In this study, Associate Professor Jenny Kindblom and Professor Claes Ohlsson of the University of Gothenburg, Sweden, and colleagues, analyzed the health records of 30,697 Swedish men born between 1945 and 1961 who had BMI measured in both childhoods (age eight years) and young adulthood (age 20 years) as part of the BMI Epidemiology Study Gothenburg--a population-based study in Sweden. The timing of puberty was calculated using age at peak height velocity (PHV), the time when boys grow the fastest during their adolescent growth spurt, which occurs around two years after entering puberty. The average age at puberty was 14 years.

Participants' data on height and weight during childhood and adolescence were linked with national registers and followed to the end of 2016 or until they were diagnosed with type 2 diabetes, emigrated, or died. During an average 30.7 years of follow-up (from age 30), 1,851 men were diagnosed with type 2 diabetes, at an average (median) age of 57.2 years.

For each year earlier that the pubertal growth spurt occurred, the risk of developing early diabetes increased by 28%, while the risk of late diabetes rose 13%. These associations were similar after adjusting for BMI at eight years of age (24% vs. 11%).

However, when researchers adjusted the analyses for BMI after puberty (i.e., at 20 years of age), the associations were attenuated, and the significant association with late-type two diabetes was lost. Importantly, early puberty was still significantly associated with early type 2 diabetes, also after adjustment for BMI at 20 years, with a 16% increased risk of early diabetes per year earlier than puberty took place. In contrast, a pubertal growth spurt at a late age (after 15 years of age, the latest 20%) was associated with a 30% reduced risk of developing early diabetes (table 5) when compared with those going through puberty at average age (the 'middle' 20% of men who went through puberty at 13.8 to 14.3 years of age).

Men who had early pubertal growth spurt were also more likely to require insulin treatment if they went on to develop type 2 diabetes (a 25% increased risk of developing insulin-dependent type 2 diabetes for each year earlier of going through puberty).

"Our findings suggest that early puberty could be a novel independent risk factor for type 2 diabetes in men", says Assoc Prof Kindblom. "Given the apparently higher risk among boys who start puberty before the average age of 14 years, we estimate that 15% fewer men who were diagnosed during the study would have developed type 2 diabetes had they not started puberty early."

She adds: "Although the mechanisms for the link between early puberty and a higher risk of type 2 diabetes are unclear, it is possible that starting puberty at an earlier age may lead to the accumulation of excess abdominal fat, which in turn increases cardiometabolic risk factors such as high blood pressure, diabetes, and abnormal lipid levels."

She concludes: "These findings strengthen the concept that early puberty is part of an adverse trajectory during childhood and adolescence, and that a high BMI both before and after puberty contributes. Continuous monitoring of height and weight development during not only childhood but also adolescence is of importance and might help identify individuals with increased risk."

The authors acknowledge that their findings show observational associations, and do not prove that early puberty causes the increase in type 2 diabetes. They note several limitations of the study, including that it did not include data on BMI in later life or control for family history of diabetes and smoking, which are known to increase the risk of diabetes. They also point out that most participants were white, which could limit the generalisability of the findings to other ethnicities with a higher prevalence of type 2 diabetes.

Early Puberty  A Risk for Substance Abuse among Boys
Early puberty in white adolescent boys may increase substance use risk, according to a research at the Purdue University. Brain-related testosterone activity contributes to an increased risk of substance use more than an earlier appearance of ...
READ MORE 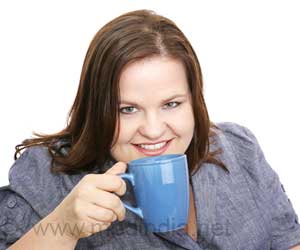 Obesity in Women Linked to Early Puberty
Early puberty in girls is associated with increased BMI in adulthood. Mendelian Randomization technique was used to study the relationship between early puberty and obesity.
READ MORE