Men Love to Brag and Lie 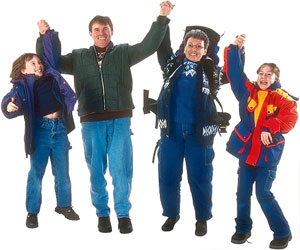 Men are not only more likely to brag about their talents, but are also more prone to lying to cover up their deficiencies, reveals a new study.

According to the study by by trainline.com, 70 percent men confess to boasting, while 46 percent admit they claim to be skilled in areas they're not and are conditioned to be more competitive than women and feel a greater need to impress, the Daily Express reported.

Approximately four out of five black women are overweight or obese and 36 percent meet physical activity objectives as determined by the CDC, finds the Centers for Disease Control.
Advertisement

Psychology professor Cary Cooper, of Lancaster University said that one in 10 says he boasts in an attempt to win respect and in the past, men were more likely to be the main breadwinners, with a need to boast to achieve success within the competitive male- dominated workplace.

Gene that causes fibroadenoma, which is one of the most common breast tumors diagnosed in women has been discovered by Singapore scientists.
Advertisement
<< Doctors Extract 232 Teeth from Teenager
US Health Chief Faces Congress Over a Dangerous Mixup of Fl... >>

A new survey shows that a majority of Canadian women lack knowledge of heart disease symptoms and risk factors, and that a significant proportion is even unaware of their own risk status.