Men Live Longer by Retreating to Live in Garden Sheds 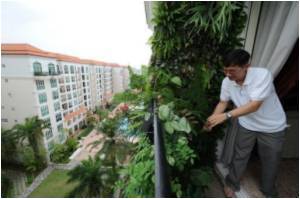 Health experts have said that retreating at a humble garden shed may help men live longer.

A network of communal 'men's sheds' that provide a place for them to meet and be - or rather do - is coming up in a big way across the English-speaking world.

Men are getting together in them to bang nails, weld metal, shape wood, tinker with engines and drink tea while talking is optional.


Born in the heartlands of Australia, the idea has been to create a place where men might be more willing to listen to a few home truths about their own health than the stifling confines of a GP's surgery.

Is there anyone in this world who fails to be swayed by the magic of youth? None, for when youth explodes joyously all Nature smiles!
Advertisement
Now they are catching on here, with some 20 already up and running across the UK, from the Lake District to Greenwich, the Telegraph reported.

"I think they've caught men's imagination," said Peter Baker, chief executive of a charity involved in the initiative, which is mainly aimed at the retired.

"People have really got behind it. Men like to potter. These are from a generation who, on a Sunday afternoon, like to pull a car apart and put it together with a Haynes manual."

The initiative aims at getting all the men at one place to target them with health messages.

Men, especially those who are over 60, are generally tend to be slower at going to the doctor for problems that might turn out to be serious.

They are often sceptical and cynical of healthy eating messages as a result of which they suffer disproportionately from big killers including bowel cancer, lung cancer and heart disease, and not only for biological reasons.

However Baker asserted that it is a myth that men are not concerned about their health.

"It's a myth that men are not interested in their health or health services."

"We have to find creative solutions to these problems. Just doing the old stuff isn't working."

"We have to go where men are or create activities that appeal to them," he added.