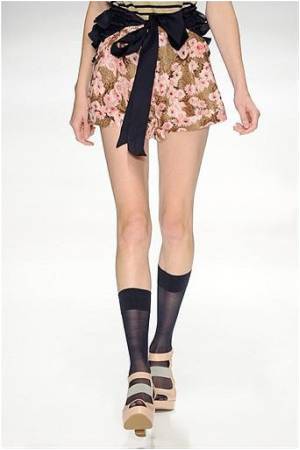 Men prefer women with small feet - though they might not be aware of it, says a new study.

For each of 16 body-part measurements, they selected the eight women with the shortest lengths and the eight with the longest, and constructed morphs of their faces.


These morphs were then rated for attractiveness by 77 heterosexual male students, reports New Scientist.

Atkinson believes that men find these features attractive because they serve as markers of a healthy childhood. Biologists know that stress and poor nutrition during fetal development and puberty can affect sex hormone levels and cause earlier puberty.

This can leave such women relatively short and stout, while those with a more benign childhood continue growing for longer, and attain a slenderer, more stereotypically feminine face and body, which most men find more attractive.

The research was reported at a meeting of the Human Behavior and Evolution Society in Eugene, Oregon.

Be Friendly - You'll Be More Attractive Too!
Friendly or outgoing people are more attractive, a new study suggests....