Men and Women are Not So Different as Previously Thought Of, and Think Quite Alike 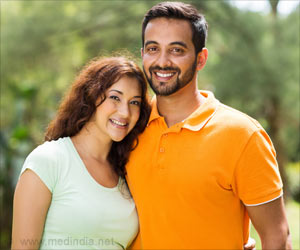 Men and women are not so different after all, and think quite alike, suggest scientists at Iowa State University.

Researcher Zlatan Krizan conducted a meta-synthesis of more than 100 meta-analyses of gender differences. The purpose of the study was not to identify why men and women are different, but to measure by how much. The study results showed an almost 80 percent overlap for more than 75 percent of the psychological characteristics, such as risk taking, occupational stress and morality.


However, the researchers also identified 10 attributes in which there was a significant gap between genders. Some of these characteristics fell in line with stereotypes; for example, men were more aggressive and masculine, while women had a closer attachment to peers and were more sensitive to pain.

The study is published in American Psychologist.

Height Differences Between Men and Women: The Mystery Decoded
Researchers are now attempting to find genetic factors that could explain the differences in ......

Study Reveals Differential Views by Men and Women on Infidelity
According to a study conducted to set out to determine how people feel about the sexual or ......

Active Genes in Muscles of Men and Women Identified
A team of scientists have produced a complete transcriptome, which is a key set of molecules that .....