Memory Damage Due to Physical Bouts With Criminals 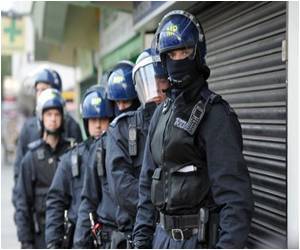 A police officer's memory could land in obscurity owing to exhaustion from brief bursts of physically engaging a criminal, reveals study.

Researchers, led by Lorraine Hope of the University of Portsmouth, found that less than 60 seconds of chasing a suspect or engaging physically with a criminal can erode a cop's ability to remember details, or even identify the suspect.

Even officers in top condition are not immune to the rapid drain of physical prowess and cognitive faculties resulting from sustained hand-to-hand combat, the journal Psychological Science reported.


"Police officers are often expected to remember in detail who said what and how many blows were received or given in the midst of physical struggle or shortly afterwards. The results of our tests indicate it may be very difficult for them to do this," said Hope, reader in applied cognitive psychology at Portsmouth.

David Kinchin, author and expert on PTSD sheds light on the invisible injury that continues to haunt many who have experienced a significant traumatic event.
Advertisement
"As exhaustion takes over, cognitive resources tend to diminish. The ability to fully shift attention is inhibited, so even potentially relevant information might not be attended to. Ultimately, memory is determined by what we can process and attend to," said Hope according to a university statement.

These findings are based 52 police personnel volunteers (42 males, 10 females), with an average of eight years on the job. All officers were fit and healthy and engaged in regular exercise.

The rape of a woman in Britain three years ago seems to have revealed two strikingly contrasting human traits - nobility and brutality.
Advertisement
Advertisement

Do you want to sharpen the way your brain works? Try writing by hand to sharpen your mind and increase your ...

You can train your brain to memorize things faster. If youre thinking about how to train the brain, then you ...