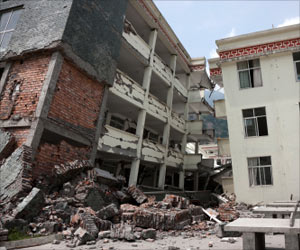 More than a hundred members of transgender community in Indian state of West Bengal held a prayer meet and rally to condole the death of seven of their Nepali counterparts in the devastating earthquake in the Himalayan nation.

In a departure from tradition, the third gender members chose to pay tribute to the dead instead of observing Transgender Day (April 30) for the eighth year.


"Seven Nepalese transgenders who were part of the community-based organisation (CBO) Blue Diamond Society were killed in the earthquake. We used to work in collaboration and since Nepal is our neighbor we decided to do things differently," third gender activist Ranjita Sinha told IANS.


"So this year, we decided not to celebrate Transgender Day with a victory rally but as a rally-cum-condolence meeting in candlelight in memory of the activists and the victims," Sinha said on behalf of the Transgender Hijra in India and the Association of Transgenders - Hijras in Bengal.

Sinha said over a hundred members gathered at the Academy of Fine Arts on Thursday evening in support of lesbian gay bisexual transgender (LGBT) activists of the Kathmandu-headquartered LGBT rights organization.

"We have also planned to donate the amount which we had earmarked for the Transgender Day celebration to the relief fund constituted for providing help and support to the population especially for the transgender community along with mainstream population who are affected by earthquake in Nepal," she said.

Sinha stressed that this year's event also included activists and participants from the mainstream society since everybody was affected by the earthquake.

Over 5,700 people were killed in the devastating earthquake on April 25 in Nepal.

Nepal Earthquake: Death Toll Rises to 4,310 With 10,000 People Injured
The UN estimates that eight million people in 39 districts have been affected by the 7.8-magnitude quake - more than a quarter of the population.
READ MORE 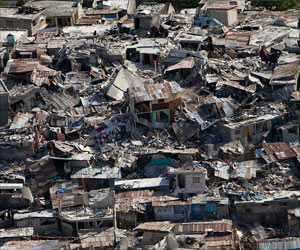