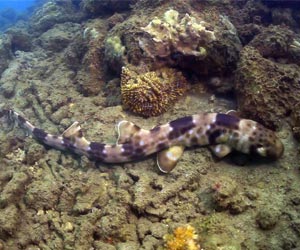 A shark that can walk on the ocean beds has been discovered by scientists.

Rather than swim, these slender-bodied sharks can 'walk' along the ocean floor by wriggling their bodies and pushing with their pectoral and pelvic fins, the Mirror reported.

The brown spotted fish, called Hemiscyllium halmahera, is a species of bamboo shark that can grow to 27 inches in length and lives on the seabed where it hunts marine invertebrates and small fish.


Biologist Dr Gerald Allen from Conservation International, who discovered two specimens of the shy fish in the Indonesian archipelago of Muluku with his team, said that the new species is clearly differentiated on the basis of colour pattern.

Allen said that its features include a general brown colouration with numerous clusters of mainly 2-3 dark polygonal spots, widely scattered white spots in the matrix between dark clusters.

The study was published in the International Journal of Ichthyology. 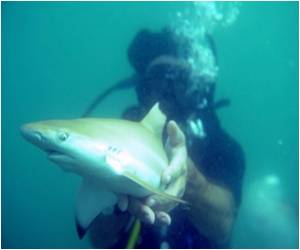 Anti-shark Wetsuits Launched
Two new wetsuits, which could protect surfers from sharks have been unveiled by University of Western Australia scientists.
READ MORE

Analysis of Shark Tooth Weapons Leads to Discovery of Two Shark Species in Central Pacific Islands
Researchers have discovered two new species of sharks that had not been reported in historic or contemporary records.
READ MORE

Sharks Could Face Possible Extinction
According to a new study, sharks need to be better protected or many species could face possible extinction, as nearly 100 million of them are killed every year.
READ MORE 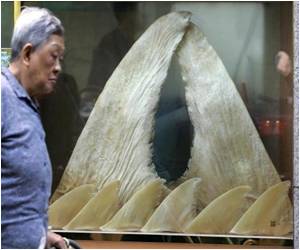