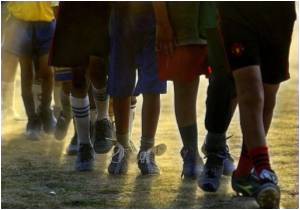 Jatin Parikh , is 55 years old and is gearing up for the 42 km marathon scheduled for Sunday. But, what sets him apart is that he is a victim of cardiac problems and is perhaps the first in Mumbai to be running the full marathon.

Six years ago, Parikh underwent an angioplasty after heart blockage. It was a wake up call to a healthy lifestyle.

Azad Says Rs 1,200 Crore to be Invested in Preventing Heart Disease and Diabetes

Union Health Minister Ghulam Nabi Azad has revealed that the center has set aside more than Rs 1,200 crore to reduce the rising rates of cardiovascular diseases
Advertisement

"Six years ago, I experienced a pain in my left arm. When I went for a check-up, doctors told me that I had a blockage in the heart. I underwent an angioplasty the same year," said Parikh.


"My lifestyle was almost sedentary before. But after the incident, I became a fitness freak," said the businessman. He has been a part of the marathon for the past six years but this is the first time he will be running the full marathon.

Researchers at the University of Medicine and Dentistry of New Jersey conducted a study that suggests eating almonds could help prevent diabetes and heart disease.
Advertisement
"I participated in the dream run for three years first. But with so many people taking part in this category of the marathon, one can hardly run. For the last two years, I have been running half marathons. But this time, I decided to try the full marathon," Parikh said.

Report on Top 10 Major Advances in Heart Disease in 2010

The annual list of the top 10 major advances in heart disease has been compiled by the American Heart Association.
Advertisement
<< Mechanism Behind Coffee's Protective Effect Against Diabete...
Is The BMC Pulling A Fast One ? >>

How to Reduce School Bag Weight - Simple Tips Loram (2 mg) (Lorazepam) A-Z Drug Brands in India The Essence of Yoga Hearing Loss Calculator Drug - Food Interactions Find a Hospital Vent Forte (Theophylline) Sanatogen Nutam (400mg) (Piracetam)
This site uses cookies to deliver our services.By using our site, you acknowledge that you have read and understand our Cookie Policy, Privacy Policy, and our Terms of Use  Ok, Got it. Close
×