E-prescribing is the commercial electronic prescribing systems wherein prescribers use a computer to order medications for their patients by a system with the aid of prompts, aids and alerts. It could considerably lessen prescribing error rates in hospital in-patients suggests study published in this week's PLoS Medicine.

In the study, led by Professor Johanna Westbrook from the University of New South Wales in Sydney, Australia, the authors studied the introduction of the Cerner Millennium e-prescribing system into one ward in one hospital (Hospital A), and used three other wards as controls. At another hospital, the authors compared the error rates on two wards before and after the introduction of the e-prescribing system iSoft MedChart.


The study looked at both procedural (e.g., incomplete, unclear medication orders) and clinical (e.g., wrong dose, wrong drug) orders, and rated the severity of the errors (minor to serious). The researchers found that on the three intervention wards where an e-prescribing system was implemented the procedural prescribing error rates fell by over 90%.

The overall rate of clinical errors (those rated as minor to serious combined) did not fall due to the fact that the e-prescribing systems unwittingly introduced some new types of errors called "system-related errors." These included, for example, when a prescriber accidently selected the wrong drug from a drop-down menu item. These system-related errors accounted for 35% of errors occurring in the intervention wards.

These findings are important as medication errors using hand-written scripts (for example, prescribing the wrong drug or giving a drug by the wrong route), frequently occur in health-care settings and are responsible for thousands of deaths every year.

The authors admit that the study has limitations, such as the lack of randomization and lack of control wards in Hospital B, but conclude: "Implementation of these commercial e-prescribing systems resulted in significant reductions in prescribing error rates with a significant decline in serious errors observed."

The authors note: "System-related errors require close attention as they are frequent, but are potentially remediable by system redesign and user training."

The authors add: "Importantly, the results highlight the need to continually monitor and refine the design of these systems to increase their capacity to improve both the safety and appropriateness of medication use in hospitals."

How To Reduce Liver Damage Due To Acetaminophen / Paracetamol
Overdoses from prescription products containing acetaminophen may cay cause severe liver damage that ends in liver transplant or death.
READ MORE 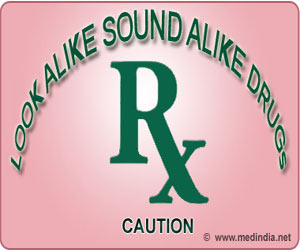