Medical Expenditure Not Proportionate in India 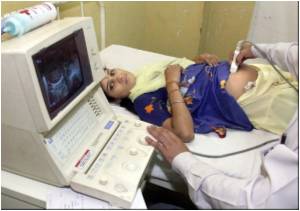 Eighty percent of medical expenditure in India is spent on only twenty percent of the people, commented Minister of State for Health and Family Welfare, Dinesh Trivedi on Friday.

"This is what is an eye opener, that eighty percent of medical expenditure is spent on twenty percent of the people. I have no quarrel but that is the reality," said Trivedi.

Health insurance is one definite way towards achieving 'health for all' in the world. Most governments including the US government are striving towards this goal.
Advertisement

Trivedi further said that quality of medical services varies with the income of a person, asserting that this trend should be eliminated by giving equal and fair treatment to people coming from different financial backgrounds.


"We require a different model, which is not 3P's but 4P's. And the fourth P is people. So what we are talking about is private, public, and people partnership. And that is what we require," said Trivedi.

An insight into the health insurance schemes and policies as promoted by the Government.
Advertisement
Trivedi said the country had to grow out of the Gross Domestic Product (GDP) to measure development and progress.

"GDP could be good but at the same time very misleading. The country needed a different parameter of calculating well-being. As per the 2001 figures there is a shortage of about 600,000 doctors in the country," said Trivedi.

"There is also a deficiency of one million nurses and paramedical staff," he added.

"The next very important innovation in which we have perfected over the last ten years is telemedicine, so we have over 120 telemedicine centers and this anyone can access. If you have an Internet connection you can talk to a doctor. That is the platform we have built," said Reddy.

"It is a web-based platform. It gives second opinion. Nursing homes, small doctors across the country are using it in an emergency. So, we believe it is slowly creating a momentum where people realise that technology can help transform and at least give them access to good health information," she added.

No Benefit Seen from Using Telemedicine for ICU Patients

A new study has shown that remote monitoring of patients in intensive care units (ICUs) is not associated with an overall improvement in survival.
Advertisement
Advertisement
This site uses cookies to deliver our services.By using our site, you acknowledge that you have read and understand our Cookie Policy, Privacy Policy, and our Terms of Use  Ok, Got it. Close
×