Mechanical Ventilation Span May be Cut Down by Sedative, Offer Comfort Boost to ICU Patients 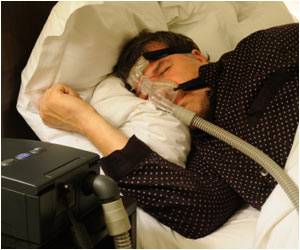 Two randomized trials` results point that among intensive care unit (ICU) patients receiving prolonged mechanical ventilation, use of the sedative dexmedetomidine was not inferior (outcome not worse than treatment compared to) to the standard sedatives midazolam and propofol in maintaining light to moderate sedation. Also, dexmedetomidine shortened the duration of mechanical ventilation compared with midazolam and improved patients' ability to communicate pain compared toother drugs, stated study in the March 21 issue of JAMA.

Sedation in ICU patients is assumed to reduce discomfort from care interventions and increase tolerance of mechanical ventilation, although long-term sedation with midazolam or propofol in ICUs can have serious adverse effects. Research has suggested that dexmedetomidine may enhance patient safety and comfort in long-term sedation. "However, a recent meta-analysis presented inconclusive results for the effect of dexmedetomidine on duration of mechanical ventilation and ICU stay. Most clinicians and centers do not consider midazolam and propofol as equivalent alternatives for long-term sedation," according to background information in the article.

Stephan M. Jakob, M.D., Ph.D., of Bern University Hospital and the University of Bern, Switzerland, and colleagues conducted 2 large, randomized controlled trials to assess whether dexmedetomidine is noninferior to midazolam or propofol in maintaining mild to moderate sedation and offers benefits in terms of reduced mechanical ventilation and ICU stay and patients' ability to communicate during sedation. The two trials (MIDEX and PRODEX) were carried out from 2007 to 2010. The MIDEX trial compared midazolam with dexmedetomidine in ICUs of 44 centers in 9 European countries; the PRODEX trial compared propofol with dexmedetomidine in 31 centers in 6 European countries and 2 centers in Russia. Included were adult ICU patients receiving mechanical ventilation who needed light to moderate sedation for more than 24 hours (midazolam, n =251, vs. dexmedetomidine, n = 249; propofol, n = 247, vs. dexmedetomidine, n = 251).

Probiotics can safely be used in critically ill patients. They decrease the duration of ICU stay and also reduce the incidence of nosocomial infections.
Advertisement
The authors also found that patients receiving dexmedetomidine were more arousable, more cooperative, and better able to communicate their pain than patients receiving either midazolam or propofol.

"... dexmedetomidine may provide clinically relevant benefits compared with standard sedation, even when measures to reduce the risks of oversedation are implemented. The better arousability and ability to communicate pain should allow more appropriate use of opioids and facilitate earlier mobilization and functional recovery," the researchers write.

Editorial: Weighing the Costs and Benefits of a Sedative

In an accompanying editorial, Hannah Wunsch, M.D., M.Sc., of Columbia University, New York, writes that the higher cost of dexmedetomidine may hinder its use at this time.

"These 2 randomized controlled trials provide important evidence that dexmedetomidine is an effective sedative compared with both midazolam and propofol, and its use may be associated with decreased time to extubation, easier communication with patients, and better assessment of pain. But with the focus on cost containment at many hospitals, consideration of expense may preclude broad use without more tangible long-term outcome data and without confirmation that the benefits are due to the choice of sedative and not solely the lighter sedation levels achieved. Dexmedetomidine comes off patent in the United States in 2013. When there is no longer a need to weigh the drug acquisition costs, even uncertain improvements in the patient experience should be justification enough for broader use of dexmedetomidine in the ICU."

Sleeping tablets and sedatives prescribed to beat depression and sleep problems could increase the risk of suicide four-fold among older patients, say researchers.
Advertisement
<< Spread of Dementia in Computer Simulation Can Forecast Futur...
Across 13 Countries International Research Finds Quality and... >>