Measles Gene Could Be Key To Pagets Disease 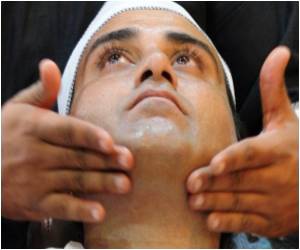 A gene from the measles virus could be playing a key role in the development of Paget's disease of bone, according to a team of US researchers.

Their findings, recently published in Cell Metabolism, confirm a long-held speculation that the childhood infection is an environmental trigger for the disease and reveal how the viral gene contributes to the development of its characteristic bone lesions.

A detailed description of the Paget's disease of the breast, characteristic signs and symptoms, detection methods and treatment modalities. Risk factors and FAQs are all included.
Advertisement

"Our earlier work showed that bone cells called osteoclasts in about 70 percent of these patients contain a certain measles virus protein," noted senior investigator, G. David Roodman, M.D., Ph.D., professor and vice chair for research, Department of Medicine at the University of Pittsburgh.


"Also, when we engineered normal osteoclasts in mice to contain, or express, the measles protein, pagetic bone lesions formed."

Osteoclast abnormalities lead to imbalance in the normal processes of bone dissolution and rebuilding. According to the National Institute of Arthritis and Musculoskeletal and Skin Diseases, an estimated 1 million Americans have Paget's disease (PD) of bone. Bones are enlarged but fragile, leading to pain and a greater likelihood of fracture. Arthritis, hearing loss and kidney stones can occur.
Advertisement
In the new study, Dr. Roodman's team sought to understand the roles of mutations in a gene called p62, which is common among PD patients, and measles virus nucleocapsid protein (MVNP) by examining the marrow of affected and unaffected bones of 12 PD patients and of eight people without PD. They also bred mice with the p62 mutation and MVNP.

The team found that marrow from eight of the 12 PD patients expressed MVNP; three patients expressed the protein in both affected and unaffected bone sites, and four patients did not make it at either type of site. Osteoclast precursor cells from PD patients who made MVNP formed pagetic osteoclasts in test tube experiments and displayed other typical PD responses. Osteoclasts appeared normal, though, when the precursor cells came from PD patients who didn't make MVNP.

"It's not clear why this would happen," Dr. Roodman said. "It could be that other viruses or genes are triggering PD in these patients."

Mice with a p62 gene mutation and MVNP developed dramatic bone lesions. Other tests indicate that the presence of MVNP increases production of the cell-signaling protein interleukin-6, which in turn leads to osteoclast changes that are seen in PD.

The prevalence of Paget's disease has dropped during the past 25 years, Dr. Roodman said. That could reflect the impact of measles vaccination or that another environmental factor involved in PD has changed.

The study was funded by the National Institutes of Health and the Paget's Foundation.

Turmeric Powder - Health Benefits, Uses & Side Effects The Essence of Yoga Vent Forte (Theophylline) Drug - Food Interactions Drug Interaction Checker Accident and Trauma Care How to Reduce School Bag Weight - Simple Tips Find a Doctor Find a Hospital Indian Medical Journals
This site uses cookies to deliver our services. By using our site, you acknowledge that you have read and understand our Cookie Policy, Privacy Policy, and our Terms of Use