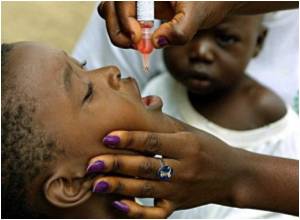 Medical charity Doctors Without Borders (MSF - Medecins Sans Frontieres) warned on Monday that a measles epidemic in the Democratic Republic of Congo was spiralling out of control.

MSF said that more than 21,000 people have been infected and 210 have died since the outbreak was identified in September 2010, although it believes the death toll may be higher.

"The measles epidemic is spiralling out of control" said Gael Hankenne, MSF head of mission in Congo.


"Since September 2010 we have vaccinated more than 1.5 million children in response to the crisis. But the disease is spreading like wildfire."

Hankenne said the epidemic must be treated by the health community as "a national priority."

A vaccine campaign took a fatal turn at a government hospital in Kutch, Gujarat, when four infants died immediately after being vaccinated for measles, report officials.
Advertisement
Apart from Congolese authorities, MSF criticised a lack of aid from UN humanitarian agencies as measles spread from southern provinces northwards.

Florence Fermon, head of vaccinations at MSF, said she had sought several times to alert the World Health Organisation (WHO) or UN Children's Fund (UNICEF) but without success.

"In terms of operational aid on the ground, the WHO is not shifting, the ministry has given us vaccines and some support but in an altogether insufficient manner," she said.

Fermon said the response needed to be scaled up.

"If the reaction of all those responsible is delayed, it will be impossible to wipe out the measles outbreak in DR Congo," she added.

It can lead to severe and sometimes deadly complications such as pneumonia and malnutrition, especially among children who are already weakened.

Measles can kill one to 15 percent of children who contract the disease among populations that have not been vaccinated, according to MSF.

The WHO last year adopted a plan to counter a resurgence in the disease in parts of Africa, Europe and Asia.

The health agency and UNICEF also warned about the impact of epidemics in several countries stretching across Africa in 2010.

US health officials are warning air travelers about possible exposure to measles, after a woman infected with the highly communicable disease traveled in Britain and several US states.
Advertisement
Advertisement