McDonald's And Subway Food at Par in Amount of Calories 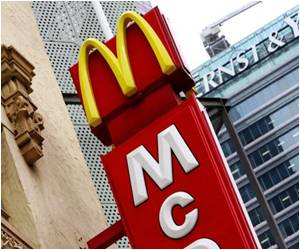 Some fast food fans may choose Subway over McDonald's simply because they thought Subway provided them with a healthier option.

If you thought Subway provided a far healthier fast food choice as compared to McDonald's, you could be wrong as people eat the same amount of calories at both restaurants.

The study which looked at the eating habits of nearly 97 adolescents between the ages of 12 and 21 who bought food at McDonald's and Subway restaurants, and evaluated calorie and nutritional content, found that the calorie consumed were just as much in both places.


Both the outlets were at par when it came to dishing out fast food.

"If the true measure of a healthy restaurant is whether people actually consume a healthy meal there. If the healthy options do not look attractive, are not displayed prominently, are priced higher, or are offered with high-calorie side dishes, consumers may be less likely to choose those foods."

Simple Tips On Not Losing Balance in Buses And Subway Trains
A team of researchers in Canada have discovered how standing subway and bus riders can avoid ......

Top French Chefs Cook Up a Treat in Paris Subway
Top French chefs Tuesday took their culinary skills into the Paris underground, cooking up a treat ....

US Subways Contribute To Higher Noise Levels
While the U.S. mass transit system is considered to be one of the safest modes of travel that ......