McDonaldisation of the Gym Culture 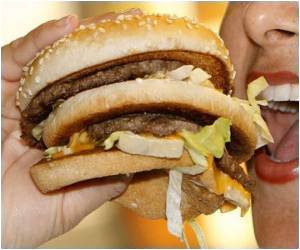 A new study explores how the fitness industry (gym culture) in many ways resembles that of fast food.

McDonaldisation of the gym culture is the theme of the study, where Thomas Johansson, professor at the University of Gothenburg, together with Jesper Andreasson, senior lecturer at the Linnaeus University, have explored the development of the modern fitness concept.

McDonald's And Subway Food at Par in Amount of Calories

Some fast food fans may choose Subway over McDonald's simply because they thought Subway provided them with a healthier option.
Advertisement

The study is partly based on interviews with personal trainers and group fitness instructors.


With the example of the company Les Mills, established in New Zealand in the 1960s, the authors describe the emergence of a strictly regulated and globalised culture in the field of group fitness training.

In Australia, McDonald's to Become 'Macca's'

McDonald's, the global fast food chain is embracing its Australian nickname Down Under, with selected stores around the country changing their signage on Tuesday to Macca's .
Advertisement
Les Mills - a giant in the fitness industry - operates based on a franchise model where permission to use the company's programmes is sold across the whole world. Today, over 14,000 gym offer a Les Mills programme. The company is represented in over 80 countries, including Sweden, and caters to over four million fitness class participants every week.

"Les Mills implies a standardised set of techniques that look basically the same in all forms of group fitness training. It's really a business empire built around group fitness," Johansson said.

The concept consists of the company's head trainer presenting strictly regulated movements, including which music should be played while they are performed.

The instructions are updated every three months and then spread throughout the whole chain of certified Les Mills instructors. As a result, local instructors have a very marginal influence over the fitness classes they lead.

The research is published in Sports, Education and Society.

Married Couple Were 'made to Sit Apart' in Pakistan McDonald's

A manager at a branch of McDonald's in Pakistan made husband and wife sit apart as he feared that it might damage the Islamic family atmosphere of the restaurant.
Advertisement
Advertisement