Mathematicians Developed A New Weapon In Fight Against Pandemics 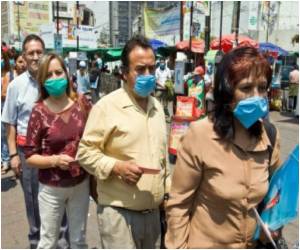 To quantify the spread and infectiousness of viruses like the pandemic H1N1 flu strain, mathematicians have developed a powerful tool.

This tool can be used together with modern laboratory techniques to help the healthcare system plan its response to disease outbreaks.

Most Schools in US are Not Prepared for Next Pandemic

Majority of the schools in US are not properly prepared for a pandemic, according to a study.
Advertisement

By putting statistical data under the microscope, University of Warwick researchers have created a model to predict the impact of future pandemics in real-time as they strike. During the 2009 outbreak, the true extent of H1N1 was difficult to detect as in some people it caused severe symptoms, even death, whereas in others it was so mild that they did not realise they had the virus. During an outbreak like this, it is vital that public health authorities have a clear picture of the disease among the population so they can take precautionary measures such as distributing antibiotics or closing schools if necessary.


When H1N1 struck three years ago, the main source of information in the UK was laboratory testing of nose and throat swabs taken from people who went to the doctor with symptoms of the virus. But tracking the virus through this method alone has been shown to underestimate the true number of cases as those who had mild symptoms would not have gone to their doctors and would have been missed in the data. This underestimate has been confirmed by subsequent studies of blood samples from the wider population taken at the time of the outbreak, which showed that around 90 per cent of cases were missed.Large-scale blood testing is an extremely useful tool to give a true picture of infection at the level of the wider population - but it is slow and costly to put in place.

A University of Mississippi researcher has revealed that fantasy sports can help improve mathematics test scores in schools.
Advertisement
Now University of Warwick mathematicians have developed a complementary, maths-based tool that can give a real-time snapshot of the virus's spread at any stage of the outbreak simply by running a model on a computer. Looking specifically at households where one member had been identified as having the H1N1 virus, the model analysed data on how many people were living in the household, the number of symptomatic individuals, the number of individuals who were swabbed and the number of lab-confirmed cases within that household. By using this stratified data, the team were able to estimate within-house infection rates directly, finding that infection rates were higher than previously thought from models relying solely on laboratory confirmed cases.

The researchers also found that a large number of people were likely to have been real cases even if they did not have a positive swab, for example if they had recovered before the swab was taken. They also found that transmission probabilities between two people decrease with increasing household size. Although these findings specifically relate to the H1N1 outbreak, the model behind them could equally be applied in any future pandemic situation. It can also be used with any directly transmitted disease, such as flu-like illnesses, gastrointestinal diseases and childhood diseases like chicken pox.

Dr Thomas House of the Mathematics Institute at the University of Warwick said:"In situations like the one we faced in 2009, it's very important to assess early on in the outbreak exactly how the virus is being transmitted so public health authorities can take the appropriate action." Clearly large-scale blood sampling has an important role to play when faced with an outbreak of a new virus. "But our method provides another extremely fast and cheap-to-deploy weapon in the armoury - and the more tools we have for combatting the spread of pandemic flu the better."

"We are confident that we can now use this model to keep tabs on future pandemics as they are unfolding." The study is based on data gathered during the summer of 2009 from a virus hotspot - inner-city Birmingham. This involved initial cases in 424 separate households and their 1612 household contacts. Dr House said there was an unusual 'signature' of virus spread apparent within the data, which served as a starting point to develop the model. He said: "The fact that there was a u-shaped curve to attack rates within households gave us a clue that there was a mathematical pattern that we could tap into." Many households had a pattern where either just one individual became ill, or most of the individuals became ill, but less had a pattern where few of those people became ill. "It was this distinctive signature in the data was the key to developing the model."

A new study has shown that music lessons imparted in childhood can have a positive impact on the academic performance with marked improvenet in reading and mathematic ability.
Advertisement
<< Belize: A Paradise for Tourists and Drug Traffickers
Anti-pneumonia Drive Launched in Pakistan >>

Loram (2 mg) (Lorazepam) Indian Medical Journals Find a Doctor Accident and Trauma Care Sanatogen Pregnancy Confirmation Calculator Post-Nasal Drip Vent Forte (Theophylline) Drug Side Effects Calculator The Essence of Yoga
This site uses cookies to deliver our services. By using our site, you acknowledge that you have read and understand our Cookie Policy, Privacy Policy, and our Terms of Use