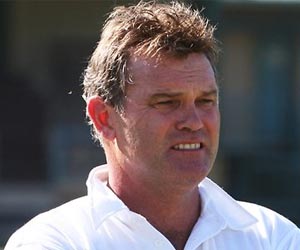 Martin Crowe - former New Zealand cricket captain has been diagnosed with a cancer that attacks the immune system.

Louise Henderson, a close family friend and manager to Crowe and his wife, former Miss Universe Lorraine Downes, said the family has a number of issues to confront over the next couple of weeks.

Hodgkins lymphoma or Hodgkins disease has the distinction of being the first cancer to be cured by chemotherapy or by radiotherapy.
Advertisement

"The diagnosis is very new, the family is still in shock and obviously dealing with the understanding that life as they know it for the unforeseeable future is different," Henderson was quoted as saying by the New Zealand Herald.

Crowe was named as one of Wisden's Cricketers of the Year in 1985, and his 299 against Sri Lanka in 1991 remains the highest Test score by a New Zealand player.

Non Hodgkins Lymphoma is a cancer that affects the lymph tissues. It is made up of a wide array of subtypes.
Advertisement
<< Researchers Identify Gene Behind Skin Disease
Enjoyment is the Key to Longer Life >>

Cancer, is the second most leading cause of death worldwide. Cancer is not just one disease but many diseases. There are more than 100 different types of cancer. Take this quiz on and test how much you know about cancer.

How to Reduce School Bag Weight - Simple Tips Daily Calorie Requirements Sanatogen Iron Intake Calculator Selfie Addiction Calculator Find a Doctor Hearing Loss Calculator Loram (2 mg) (Lorazepam) Find a Hospital The Essence of Yoga
This site uses cookies to deliver our services. By using our site, you acknowledge that you have read and understand our Cookie Policy, Privacy Policy, and our Terms of Use