A new study has found that men, especially those tied down by the knot, are at an increased risk than their wives of developing noise-induced hearing loss.

The research has been presented at the 2009 American Academy of Otolaryngology-Head and Neck Surgery Foundation (AAO-HNSF) Annual Meeting and OTO EXPO, in San Diego, CA.


The study, which analyzed the audiometric testing data from 5,290 people between the ages of 20 and 69 years indicates that more than 13 percent of subjects suffer from NIHL.


The strongest association was of gender, where men are 2.5 times more likely to develop NIHL than women. Among that group, married white men represent the highest risk group for developing NIHL.

NIHL is a preventable and increasingly prevalent disorder that results from exposure to high-intensity sound, especially over a long period of time.

Folates can Reduce Hearing Loss Risk in Men
Study says increased intakes of antioxidant vitamins have no bearing on whether or not a man will develop hearing loss, but higher folate intake can decrease risk by 20 percent
READ MORE

Traffic Light Noise Meter can Prevent Hearing Loss in Preschoolers
A gadget that can prevent preschoolers from going deaf at child care, due to exposure to excessive noise, has vbeen developed by a 16-year-old Kiwi student.
READ MORE 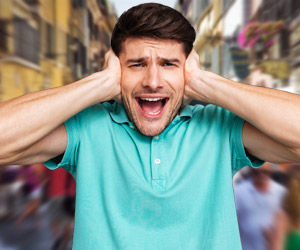