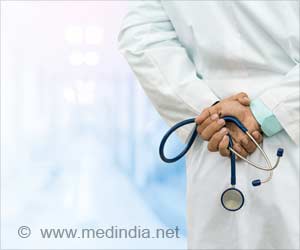 Pharmaceuticals companies which market their drugs tend to target physicians, which encourages them to prescribe more opioids which is what is causing these opioid overdose increases, suggests the study. The results of this study are published in the journal of JAMA Network Open.


"Prescription opioids contribute to more than 17,000 overdose deaths annually in the U.S. Our findings suggest an urgent need to examine the role the pharmaceutical industry marketing plays in the national opioid crisis," said Magdalena Cerdá, DrPH, associate professor of Population Health and director of the Center for Opioid Epidemiology and Policy at NYU School of Medicine, and the study's senior author. "Data suggest that when physicians are targeted in opioid marketing, they prescribe more opioids. This, consequently, impacts on opioid overdose deaths."
Advertisement
Cerdá and her co-investigators determined that $39.7 million in opioid marketing was distributed to almost 68,000 physicians in 2,208 U.S. counties. Direct-to-physician marketing includes a pharmaceutical company paying for physicians' meals, travel costs, speaking fees, honoraria, or consulting fees.

The study linked information from 2013 to 2016 across three national databases: the Open Payments database, which includes all payments made by pharmaceutical companies to physicians; Centers for Disease Control and Prevention (CDC) data drug overdose data from all 50 states and DC; and CDC data on opioid prescriptions dispensed at pharmacies. It also measured opioid marketing in three different ways: the total dollar value of marketing received by physicians; the number of payments made by the pharmaceutical industry; and the number of physicians receiving any marketing.

Results suggest that the greatest influence of pharmaceutical companies may be more subtle and widespread - such as payments of low monetary value occurring on a very large scale. For example, the team's findings indicate that the provision of inexpensive yet multiple meals for marketing purposes may be influencing a physician's prescribing pattern more than single high-value speaking fees, resulting in more numerous overdose deaths in the future.

"We already know that one in 12 U.S. physicians received marketing for opioids, and this proportion was even higher for family physicians, among whom one in five received opioid marketing," said Scott Hadland, MD, MPH, pediatrician and addiction researcher at Boston Medical Center's Grayken Center for Addiction and lead author of the study. "Our findings suggest that direct-to-physician opioid marketing may run counter to national efforts to reduce overdose deaths and that policymakers should consider limits on marketing as part of a robust, evidence-based response to the U.S. overdose crisis.."

How the Study Was Conducted?

Researchers analyzed pharmaceutical industry marketing information from the Open Payments database (as mandated by the recent Physician Payments Sunshine Act) and linked this information with county-level opioid prescribing and overdose mortality data from the U.S. Centers for Disease Control and Prevention databases. All U.S. counties with overdose data from August 2014 to December 2016 were linked to marketing data from August 2013 to December 2015 using a one-year lag to ensure that marketing interactions happened prior to observed overdose deaths.

Overall, the mean overdose mortality rate was 6.5 per 100,000 person-years across counties. During the study period, mean marketing per county was valued at $732 monthly dollars, and accounted for a mean of 7.6 monthly payments distributed to a mean of two physicians monthly.

The research included additional notable findings related to geographic patterning of opioid marketing. For example, the Northeast had the greatest concentration of opioid marketing while the Midwest had the lowest. Marketing dollars were most highly concentrated in counties with mixed racial and ethnic composition, and a lower percentage of individuals younger than 65. Payments were also concentrated in counties where more residents completed high school, lower poverty, higher median household income, lower income inequality, and greater unemployment.

Cerdá and her colleagues also identify their study's limitations. Although they examine the outcome of prescription opioid-related overdose deaths, many of these deaths also include involvement of heroin, fentanyl, or other highly potent opioids, as well as other substances such as alcohol, benzodiazepines, or cocaine. In addition, the data sources used do not allow differentiation between prescribed opioids and those that are acquired illicitly. The Open Payments database that tracks marketing payments also does not account for the nature of industry-physician interactions; it is possible that some payments resulted in improved knowledge around safe prescribing practices.

Opioids Contribution in Suicides and Overdoses in the U.S.
Turning the tide demands improvements to pain care, mental health care and medication-assisted ......

Rapid Increase in Co-usage of Opioids and Benzodiazepines Among Americans
Intake of a combination of opioids along with drugs commonly prescribed for pain, insomnia, and ......

Overprescription of Opioids for Elbow Fractures in Children: CHOP Surgeons
Patients only took less than 5 percent of the prescribed amount, and one in five did not receive ......

Tobacco: Risk Factor for Misuse of Prescription Opioids
Tobacco use has been linked to increased use of opioids and sedatives, stated study....