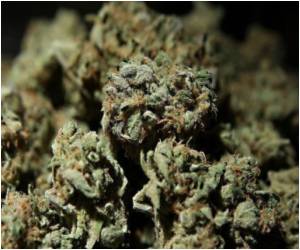 Recreational marijuana use may increase the risk of developing subtypes of testicular cancer, states research published in CANCER.

Testicular cancer is the most common cancer diagnosed in young men ages 15 to 45 years. The malignancy is becoming more common, and researchers suspect this is due to increasing exposure to unrecognized environmental causes.

To see if recreational drug use might play a role, Victoria Cortessis, MSPH, PhD, assistant professor of preventive medicine at the Keck School of Medicine of USC in Los Angeles, and her colleagues looked at the self-reported history of recreational drug use in 163 young men diagnosed with testicular cancer and compared it with that of 292 healthy men of the same age and race/ethnicity.


The investigators found that men with a history of using marijuana were twice as likely to have subtypes of testicular cancer called non-seminoma and mixed germ cell tumors. These tumors usually occur in younger men and carry a somewhat worse prognosis than the seminoma subtype. The study's findings confirm those from two previous reports in CANCER on a potential link between marijuana use and testicular cancer.

A person with testicular cancer may have a testicle that is three times its original size. The most cited risk factor is undescended testes.
Advertisement
"We do not know what marijuana triggers in the testis that may lead to carcinogenesis, although we speculate that it may be acting through the endocannabinoid systemthe cellular network that responds to the active ingredient in marijuanasince this system has been shown to be important in the formation of sperm," said Cortessis.

"If this is correct, then 'prevention' would come at a high price," Cortessis said. "Although germ cells can not develop cancer if they are first destroyed, fertility would also be impaired. Since this is the first study in which an association between cocaine use and lower testis cancer risk is noted, additional epidemiological studies are needed to validate the results."

Cancer, is the second most leading cause of death worldwide. Cancer is not just one disease but many diseases. There are more than 100 different types of cancer. Take this quiz on and test how much you know about cancer.
Advertisement
<< People Who Team Up to Play Video Games Nurture Positive Emo...
Drug to Block Arthritis, Coming Soon >>