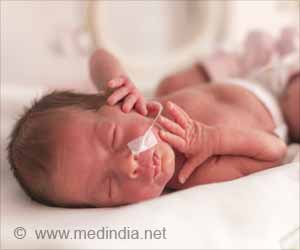 Most preterm babies, who are at risk for sepsis but who may not have a culture confirmation of infection, are on antibiotic therapy in the first few days of life, a new study found.

Advertisement
‘Antibiotics given to protect infants come with potential risks. Specific guidelines are needed to help clinicians identify infants at lowest risk for infection in order to avoid unnecessary early exposure to antibiotics. ’

Why the Research is Interesting


Antibiotics are commonly used in neonatal intensive care units. Empirical (early, without culture confirmation) antibiotic therapy is frequently given to very low-birth-weight (less than 1,500 grams) infants when they are born because of their risk for sepsis combined with the clinical instability of premature infants. Previous studies suggest these antibiotics given to protect infants also are associated with potential risks.
Advertisement
Who and When

What and When (Study Measures)

Antibiotics initiated within the first 3 days of age and subsequent antibiotics given for more than five days (exposures); trends over time in early antibiotic initiation and duration from 2009-2015.

Study Design
This was an observational study by Dustin D. Flannery, D.O., of Children's Hospital of Philadelphia, and coauthors. Researchers were not intervening for purposes of the study and they cannot control natural differences that could explain study findings.

Result of the study

Study Limitations
The database didn't have information to compare the severity of infants' early illness or information to identify infants with culture-confirmed infections; hospitals in the southern United States were over represented.