Many in US are Not Aware About WikiLeaks 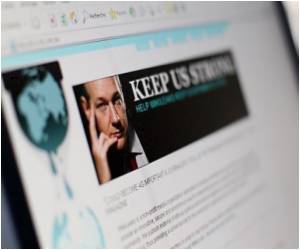 In spite of constant media coverage, 41 percent of Americans are not sure what WikiLeaks is. Most of the people are not interested in the royal wedding of Britain's Prince William and and Kate Middleton, a poll found Monday.

'Microblog' and 'WikiLeaks', according to a Chinese Wikipedia-style website, topped the search terms used on the Internet in China this year.
Advertisement

When broken down by political party, Republicans were more likely than Democrats to be unaware of WikiLeaks or to see it as treasonous.

It has launched a criminal investigation, accusing those behind the leaks of placing lives in danger and threatening national security.

Third Woman Who was Seduced by WikiLeaks Founder Makes an Entrance

It has now emerged that WikiLeaks founder Julian Assange, who is at the centre of sex assault allegations by two women, is said to have seduced a third
Advertisement
The poll was released a day after 60 Minutes ran an interview with WikiLeaks founder Julian Assange, who said his release of the documents had advanced free speech and government transparency.

The same poll found that 65 percent of Americans were not interested in any of the details of the British royal nuptials, with 21 percent interested in "some of it."

The poll was conducted among a random sample of 1,058 adults nationwide who were interviewed by telephone December 17-20. It had a margin of error of plus or minus three percent.

1999 became known as the Year of Napster in the history of the Internet, and now 2010 has become famous as the Year of WikiLeaks.
Advertisement
<< Cause of Congenital Heart Disease Identified
Dog Detects Bowel Cancer by Sniffing Breath and Stool Sampl... >>