Many 'Green' Ingredients Take Their Source from Petroleum 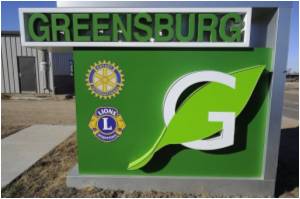 With more and more environmentally conscious consumers choosing "green" products, scientists today reported that the first reality check has revealed that the ingredients in those products may come from a surprising source -- petroleum, rather than natural plant-based sources.

In a study presented here today at the 241st National Meeting & Exposition of the American Chemical Society (ACS), Cara A.M. Bondi and colleagues described their analysis of more than a dozen samples of commercial liquid laundry detergents, dishwashing liquids, and hand washes.

France's hotel industry, through several ways, is acknowledging the fact that there is advantage in going green.
Advertisement

"Not all carbon is created equal -- carbon originating from petroleum is clearly not from a renewable resource. No one can dispute that we need to use less petroleum and consumer products are no exception," Bondi said.


With no legal or standard definitions of sustainable, natural, or renewable, she and her colleagues used an indisputable scientific indicator: Where did the carbon in these products originate? Did it come from plants or from petrochemicals produced synthetically from petroleum? To answer that question, Bondi's team turned to a variation of the famous carbon-14 dating technique  used to analyze carbon in ancient bone, cloth, and other artifacts.

A new movement is being prepared to develop universal guidelines for determining whether chemical products and chemical processes are environmentally friendly.
Advertisement
The products tested showed significant variation in plant-derived carbon content: hand washes ranged from 28%-97%, liquid laundry detergents from 28%-94% and dishwashing liquids from 43%-95%. The research also revealed that all of the products tested that are positioned in the consumer market as "green" contained over 50% more plant-based carbon on average than product samples tested without such positioning. "Some of the other findings, however, were a surprise" Bondi said. "The plant-derived carbon content of the product samples tested was largely inconsistent with some of the content claims made on packaging. For example, a liquid laundry detergent that makes the claim 'petrochemical free' contained only 69% plant-based carbon, meaning that 31% of the carbon in this sample is, in fact, petroleum-derived."

"For the samples tested, our results clearly indicate that even though "green" claims are made on package labels or in advertisements, these claims are not necessarily an indication of where the carbon in these products is coming from," Bondi added.

"Carbon derivation is the cornerstone of sustainability and, as such, understanding the ratio of plant-derived versus petroleum-derived carbon is critical for both consumer product manufacturers and raw material suppliers who are trying to minimize petrochemical use," Bondi said. "While radiocarbon dating is commonly used by archeologists to determine the age of artifacts, this method has not customarily been used to understand the renewable carbon content of consumer products. We show that consumer product manufacturers who desire to use less petroleum can incorporate radiocarbon dating per ASTM D6866-10 as a method to verify the renewable carbon content of raw materials and finished products, as well as measure the sustainability and renewability improvements of formulation development efforts."

Scientists in the U.K. have come up with a new software that detects whether or not you are looking at your computer and switches off the display accordingly.
Advertisement
<< Japanese Agriculture Grappling With the Nuclear Scare
Interventional Radiology-Based Liver Cancer Treatment That'... >>

Noscaphene (Noscapine) Find a Hospital Daily Calorie Requirements Blood - Sugar Chart Drug Side Effects Calculator Pregnancy Confirmation Calculator Accident and Trauma Care Loram (2 mg) (Lorazepam) Blood Pressure Calculator Diaphragmatic Hernia
This site uses cookies to deliver our services.By using our site, you acknowledge that you have read and understand our Cookie Policy, Privacy Policy, and our Terms of Use  Ok, Got it. Close
×