Many Chinese Women are Married to Gay Men, Says Survey 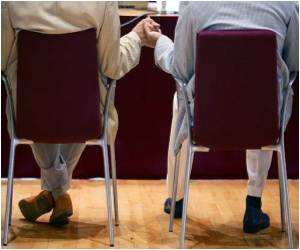 More than 16 million Chinese women are married to gay men as a very large majority of them are still worried about coming out of the closet, says a new survey.

The survey was conducted by Professor Zhang Bei-chuan of Qingdao University who revealed that traditional family values in China are still strong enough for more than 90 percent of the gay men to marry women in order to conform to the society rules. He added that majority of the women are struggling to cope with their lives but continue to keep quiet.

The northwestern US state of Washington may soon permit gay marriage after a favourable vote was cast by a renowned lawmaker.
Advertisement

However Professor Zhang's estimation has been challenged by various gay rights groups. Xiao Dong, a 36-year-old gay man, who heads a civil organization in HIV/AIDS prevention and control, said that the survey could increase the hatred towards gay men.


"Zhang's estimation is unsubstantiated and I even feel it's pointless to research the issue. To put gays' wives under the spotlight might cause more public misunderstanding or even hatred toward the gay population, which does not help defuse existing social discrimination against them", Xiao said.

In a country where homosexuality is often seen as a disease, Vietnam's first film to openly feature love and intimacy between gay men is helping change attitudes.
Advertisement
<< Osteoporosis may Increase Risk of Heart Failure
Food Allergies in Children Linked to Lack of Sufficient Sun... >>