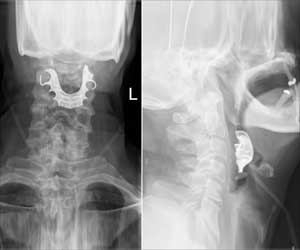 Six days after a man underwent surgery to remove a benign lump in his chest, the man turned up in the ER with multiple complaints. The 72-year-old electrician forgot to tell his doctors that he wore dentures.

The trouble began when he started experiencing blood in his mouth, throat pain, and trouble swallowing and eating food about six days after he was discharged from the hospital. Doctors considered it to be a case of respiratory tract infection, an after effect of intubation for his initial surgery and advised medication. Two days later, he returned worse, unable to swallow even his medication. Doctors thought it to be a case of pneumonia caused by having inhaled food, stomach acid, or saliva into his lungs and admitted him in the hospital.

When the man continued to complain, a new set of doctors examined his throat and spotted something lodged in his larynx which was the missing set of dentures that the man had probably inhaled when he was intubated.


‘Man forgot to tell his doctors that he wore dentures and underwent a chest surgery requiring intubation when his dentures got stuck in his throat. He thought that he had lost them mysteriously.’
Read More..


Doctors removed the dentures using forceps. Over the following six weeks, he went through a cycle of bleeding from his throat, hospitalization, discharge, and again bleeding. The bleeding was so severe that he required blood transfusions. Finally, doctors cauterized his wounds and repaired a torn artery; he finally began to recover. Six weeks later his blood counts were normal, and he was fit to go home without needing additional emergency care.

Doctors say that the presence of dental prosthetics should be documented, before, during, and after a procedure. Keeping the dentures in place is easier when anesthesia is given through a bag-mask but has to be removed before any intubation starts.

Harriet Cunniffe, an ear, nose and throat specialist at James Paget Hospital, says that this is not the only case where patients have swallowed their dentures during a procedure or while administering anesthesia. He was able to document 83 such cases of 'aspirated dentures' in a 15-year span in Britain. 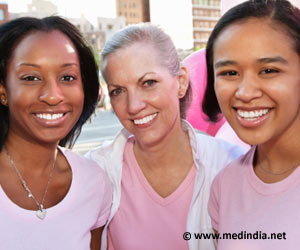 Dentures Detected in Senior Citizens Throat After Three Examinations
Doctors appeared to have goofed up in the case of a senior citizen, who had great difficulty swallowing and was treated for a lung infection for a pretty long time
READ MORE

Mischa Barton Admitted To Psychiatric Ward After A Wisdom Teeth Surgery
'The O.C.' star Mischa Barton blames a surgery on her wisdom teeth for her admission into Cedars-Sinai Medical Center psychiatric ward in July.
READ MORE

Strep Throat
Strep Throat is a bacterial infection caused by Group A beta hemolytic streptococci. It affects most commonly infants and elderly people but adults and older children can also be affected.
READ MORE