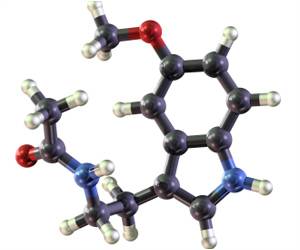 A man-made molecule destroys complexes that induce allergic responses is being discovered by researchers.

A discovery that could lead to the development of highly potent, rapidly acting interventions for a host of acute allergic reactions.

The study was led by scientists at the Stanford University School of Medicine and the University of Bern, Switzerland.


The new inhibitor disarms IgE antibodies, pivotal players in acute allergies, by detaching the antibody from its partner in crime, a molecule called FcR. (Other mechanisms lead to slower-developing allergic reactions.)

An unusual number of severe allergic reactions to swine flu vaccinations have been recorded in Canada, where a batch of the vaccine from GlaxoSmithKline has been recalled, the WHO said on Tuesday.
Advertisement
"It would be an incredible intervention if you could rapidly disconnect IgE antibodies in the midst of an acute allergic response," said Ted Jardetzky, PhD, professor of structural biology and senior investigator for the study.

It turns out the inhibitor used by the team does just that.

A myriad of allergens, ranging from ragweed pollen to bee venom to peanuts, can set off IgE antibodies, resulting in allergic reactions within seconds. The new inhibitor destroys the complex that tethers IgE to the cells responsible for the reaction, called mast cells. Severing this connection would be the holy grail of IgE-targeted allergy treatment.

The first time a potential allergen enters the body, some people respond by making allergen-specific IgE antibodies. These antibodies stick around long after the initial allergen is cleared from the body. Most of the antibodies get snagged by IgE-specific receptors called FcRs, which are exposed on the surface of mast cells. The mast cells are then primed to react the next time a person encounters the allergen.

Dissociation of this IgE-FcR interaction is a sought-after goal of allergy treatment for a good reason: IgE-coated mast cells are grenades of histamine, and re-encountering the allergen is equivalent to pulling out the clip.

When an allergen makes a return visit, it binds to the pre-loaded IgE on the mast cell surface, triggering the release of inflammatory mediators - including histamine - that promote the allergic response. As allergy sufferers are well aware, these nasty reactions can occur within a matter of seconds. In a severe allergic response, sudden anaphylactic shock and death can be the result.

The key to actively disabling the allergic response lies in the separation of IgE from the FcRs on the surface of mast cells. But separating these dangerous couples is a tall order because their interaction is extremely stable - sensitizing the mast cells for weeks.

Currently available treatment using omalizumab (an anti-IgE antibody sold under the trade name Xolair) can block new interactions between IgE and FcR, but it is not designed to pry the molecules apart once they've formed a bond on the surface of a mast cell. So Xolair can dampen the allergic response, but as stated on the product's website: "Xolair is not a rescue medicine and should not be used to treat sudden asthma attacks."

While simply blocking IgE binding is helpful for some allergy sufferers, when it comes to the rapid quenching of an acute allergic response, "what you'd really like to do is get rid of it," said Jardetzky.

Along with scientists at the University of Bern, his team discovered that an engineered protein inhibitor called DARPin E2-79 stripped IgE from the mast cell receptor. Using this inhibitor, "an interaction that normally lasts for hours or days in terms of its stability is stripped off in a matter of seconds," said Jardetzky.

DARPin E2-79 is one of a family of engineered inhidinebitors containing protein-binding regions called ankryin repeats.

While Jardetzky's group was using structural biology and biophysical approaches to probe the weak spots in the IgE-FcR interaction, scientists at the University of Bern were tinkering with DARPins that dampened IgE's disastrous effects. The collaboration of the two groups resulted in the characterization of DARPin E2-79, an inhibitor that goes beyond mere blockade to actively disassemble the IgE-FcR power couple.

Jardetzky's group solved E2-79'S structure and used this information to model its interaction with the IgE-FcR pair. Then, using sensitive biochemical techniques that detect step-by-step binding interactions between molecules, the teams were able to tease out the mechanism that the inhibitor uses to break the IgE-FcR bond.

The researchers found that E2-79 hastens the separation of the two molecules by taking advantage of a moment of weakness in the relationship between IgE and FcR. IgE maintains its interaction with FcR using two contact points, and occasionally one of these points releases while the other one keeps the pair together. Normally this brief looseness isn't enough to separate the couple, but E2-79 can swoop into the small space between them, effectively driving the couple apart.

While E2-79 is the first molecule to display these IgE stripping characteristics, Jardetzky hopes that this work will stimulate the discovery of smaller compounds capable of working even more efficiently.

The results will soon be published online in Nature.

The plants around you that give you sniffles in your nose at specific time of the year are the source of allergy causing pollens.
Advertisement
News A-Z
A B C D E F G H I J K L M N O P Q R S T U V W X Y Z
What's New on Medindia