Man Kills Wife and Parrot for Talking too Much 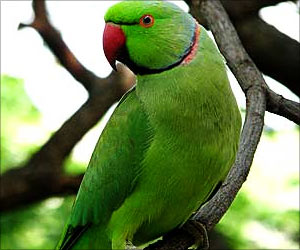 A US man has shot his wife and parrot because he couldn't handle their constant rabble, say sources.

Penton, from Huntsville, Alabama, US, also shot his three dogs and threatened his ex-boss, wife's ex-husband and step kids in a violent spree, which was sparked by a text sent from his wife, the Daily Star reported.

According to the investigators, the text from her wife to a friend of hers complained that Penton had been home for a few minutes and was already talking "crap".


The 53-year-old man tried to commit suicide after killing his wife and had placed flowers from his mother's grave next to her along with an angel figurine.

The cops found Penton in the bathroom with only a short time to live after mixing a cocktail of drugs and alcohol and had also left a suicide note on the bathroom sink.

Alcohol consumption for recreation and relaxation has become a universal culture. But do you think you know enough about this drink - Take this quiz and find out.