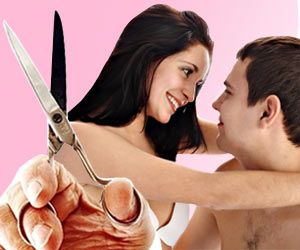 After a botched circumcision, the man got his penis reconstructed, and has created medical history by becoming a dad.

Mike Moore had his penis amputated when he was 7-years-old after it got infected during the routine surgery and has now become the proud parent of son Memphis with his wife Heather, the Mirror reported.

The 30-year-old, from Mississippi, US, said that the one thing he wanted most was a family and he didn't think it was going to happen, to have kids, to have a wife who loves him for who he is, which put him in a deep depression.


The surgeon took skin from Moore's thigh to make the organ and the couple, who are now trying for a second child, turned to artificial insemination using his sperm.

Hypospadias is a congenital defect in which the opening of the urethra is located on the under surface of ...

The testis can go for a twist inside the sac it is held. This results in loss of blood supply. If left ...
This site uses cookies to deliver our services.By using our site, you acknowledge that you have read and understand our Cookie Policy, Privacy Policy, and our Terms of Use  Ok, Got it. Close
X