Mammograms have only a "modest" impact on reducing breast cancer deaths, according to a study published Thursday that added to a growing debate on the effectiveness of the routine screening.

The research in the New England Journal of Medicine found that a Norwegian screening program resulted in a 10 percent reduction in breast cancer mortality among women between 50 and 69 years. 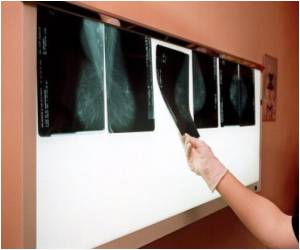 A Doctor looks at a series of mammograms 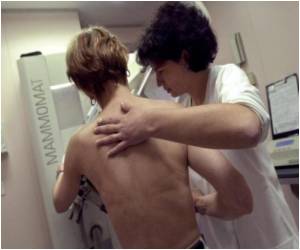 A woman reveices a mammogram

This figure was "disappointingly small," and below the 15 to 23 percent reduction estimated for many years by US public health officials, said Gilbert Welch, a medical researcher at Dartmouth University, in an editorial accompanying the study.


Moreover, Welch said the 10 percent figure may be an exaggeration because of other outreach efforts to Norwegian women, and said "the relative reduction in mortality due to screening mammography alone could be as low as two percent."

Breast lumps must never be neglected but instead be subjected to medical examination to rule out cancer.
Advertisement
The new study highlighted a rift over the long recommendation for annual screenings.

Welch said that even if the 10 percent figure were accurate, "2,500 women would need to be screened over a 10-year period for one to avoid death from breast cancer," he said.

"What happens to the other 2,499 women who had to undergo screening to achieve this benefit is also relevant. Estimates of harm vary considerably."

Welch added that there are varying degrees of false positive results and treatment that might not be needed for some women.

"But by highlighting that the mortality benefit is modest, (the latest findings) help confirm that the decision about whether to undergo screening mammography is, in fact, a close call," he wrote.

"Many observers will argue that because it is a delicate decision -- involving trade-offs among noncomparable outcomes -- it must be left to informed individuals to decide. Others will argue that physicians should continue to persuade women to undergo screening and that the modest benefit is worth the associated harms."

The study comes nearly a year after a firestorm erupted when the US Preventive Services Task Force modified its recommendations for mammography.

It recommended that regular mammograms to screen for breast cancer start at 50 instead of the currently recommended 40 and that women have them every two years instead of annually.

The advice was almost immediately denounced by doctors who warned that if it were followed more women would die from breast cancer, which kills some 40,000 women each year in the United States.

Otis Brawley of the American Cancer Society, said the organization "believes that the total body of the science supports the fact that regular mammography is an important part of a woman's preventive health care."

Carol Lee, chairwoman of the breast imaging commission of the American College of Radiology, told the New York Times that "mortality from breast cancer is decreasing, and I have to believe that screening mammography has played a part."

In the latest report, Welch said it was unclear why the new study differed from the common belief that screening played a more significant role.

He said it may be that prior recommendations were based on research before 1990 and that "the observational data reflect the world after 1990.

"It is quite plausible that screening mammography was more effective in the past than it is now" because of other means of diagnosing breast cancer, he said.