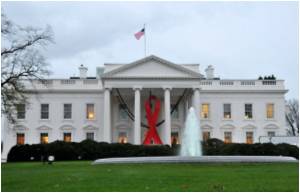 Malpractice suits continue to exact a toll on the US health care system, costing as much as $54.4 billion in 2008, constituting 2.4 per cent of total healthcare spending, according to study published in Health Affairs.

Also, malpractice appears to have a huge psychological impact on physicians that may exceed the actual financial strain, say Michelle Mello, a professor of law and public health at the Harvard School of Public Health and colleagues.

In their analysis, Emily Carrier, senior health researcher at the Center for Studying Health System Change, in Washington, D.C. and colleagues find that physicians' perceptions of the threat of being sued are out of step with their actual risk of being the target of a malpractice lawsuit.


The Fairview Northland project is one of seven state Medical Liability Reform and Patient Safety Demonstration Grants launched by the Obama administration this past June. The grants total $25 million. Projects focus on steps to ward off lawsuits: reducing preventable instances of harm in hospitals; informing patients promptly when they've been injured; providing prompt compensation; and engaging in court-directed dispute resolution to achieve rapid settlements in cases of injury.
Advertisement
An underlying theme is that improved communicationamong members of a medical team, between doctors and patients, and even between parties to a potential court casewill cut down on errors and litigation, writes Stephen Langel, a senior editor at Health Affairs.

"We need to move the process of resolving medical errors away from the courtroom and closer to the bedside," says William Sage, a professor of law and vice provost at the University of Texas at Austin.

The government's liability reform and patient safety grants were born partly out of the widely recognized need to combat avoidable medical errors and litigation. Patient safety is thought to have improved somewhat since To Err Is Human, the famed Institute of Medicine (IOM) report, estimated that 44,000-98,000 deaths occurred in U.S. hospitals in 1997 as a result of avoidable medical errors.

Coming on the tail of health reform, the federal grant program was born in part out of political stalemate. For years, Republicans and Democrats have feuded over the extent of the malpractice crisis and the need for remedies. Many Republicans have long pushed for national tort reform legislation that would cap noneconomic damages and arguably curb malpractice insurance costs. Democratsheavily dependent on political contributions from trial attorneyshave typically resisted.

In the midst of the recent health reform debate, President Barack Obama seemed to open a tiny window to possible changes, acknowledging in a September 2009 speech that "defensive medicine may be contributing to unnecessary costs."  When doctors prescribe unnecessary tests or treatments to avoid lawsuits, it is called defensive medicine.

The Agency for Healthcare Research and Quality (AHRQ) is the lead Federal agency charged with improving the quality, safety, efficiency, and effectiveness of health care. It supports health services research that will improve the quality of health care and promote evidence-based decisionmaking.

The AHRQ-administered grants now build on concepts embraced by the 2002 IOM report and subsequent proposed legislation, including an emphasis on systems thinking, best practices, and an openness to acknowledging and rectifying errors. Stanley Davis, medical director of teamwork and simulation at Fairview Northland, says that much of the work has been focused on "team building and culture change," coupled with moving away from "the 'blame and shame' mentality" that leaves team members hesitant to discuss and learn from their errors.

As a result, the Fairview Northland system is testing such interventions as handling uterine abruption, which occurs when the placenta separates from the uterus before birth. The condition can threaten mother as well as baby and is another situation in which time is of the essence in preventing harm.

Another AHRQ grant was awarded to the Missouri-based Ascension Health System to address the elimination of errors in perinatal care and respond to any mistakes that do occur.

"Time is of the essence" in a perinatal emergency, observes Ann Hendrich, a registered nurse and the project's principal investigator. A baby can suffer permanent brain damage after only a few minutes without sufficient oxygen. The less time it takes a medical team to swing into action, the more likely it is that harm will be prevented and lawsuits will result.

Another AHRQ grant was issued to the University of Washington, where internist Thomas Gallagher is running a nearly $3 million project to improve communication in a number of respects. Poor communication is "the most common cause of medical injuries," Gallagher says. For example, in a tense and emotionally charged situation such as the beginning of major surgery, members of the medical team who spot any potential problems looming may be reluctant to speak up about them. The demonstration plans to teach staff how to be more comfortable communicating under these circumstances. Additionally, Gallagher is working to improve the relationship between doctors and the hospital administration once an injury takes place. The current system is "slow and adversarial," as both sides worry about their own best interests and the likelihood of being sued by the patient, he says.

For example, under Gallagher's proposal, the quality improvement representative from the hospital would meet with the doctor's malpractice insurer after an incident, to establish a joint investigation to determine the cause and formulate a plan to prevent similar problems in the future. Then they would formulate a shared disclosure plan and compensation offer.

Another key to limiting medical malpractice suits is to improve communication with patients immediately after an injury. This is an issue not only in hospitals, but also after the patient is discharged. To this end, the Massachusetts State Department of Public Health is using its nearly $3 million grant from AHRQ to identify and avoid key problems that lead to medical errors and malpractice suits after the patient goes home. Much can fall through the cracks after discharge, says Alice Bonner, a registered nurse and director of the Massachusetts Office of Health and Human Services' Division of Health Care Quality. For example, a patient has an abnormal computed tomography (CT) scan and needs to see a neurologist for follow-up. But the appointment is never made, and the person comes back in six months with an invasive brain tumor.

Under its AHRQ grant, the department will focus on such problems as how best to manage a patient's medication, order follow-up tests, and refer patients to other care providers, to reduce errors in each area. As part of the demonstration, patients will be able to access their electronic health records through "portals" that will give them access to their medical information so that they, too, can take proactive steps to help manage their health and health care.

Other efforts to improve communications with patients include a project run by Timothy McDonald at the University of Illinois at Chicago (UIC) and Eric Thomas's work at the University of Texas (UT) Health Science Center. These two projects focus on communicating earlier with patients about any errors, including the immediate issuance of an apology by a doctor, hospital, or other provider for any harm done.

Issuing an apology represents a major culture shift in the medical community and will take some time to implement, Thomas says. But McDonald, grant project manager at UIC, says that such an apology, along with an explanation, is the first thing a patient wants once an error has occurred. If these are issued in the first fifteen minutes after a mistake, malpractice claims are sharply reduced, he says. McDonald also points out that acknowledging mistakes quickly also helps doctors learn from them. In contrast, an attitude of " 'deny and defend' is completely inconsistent with learning from your mistakes," he says.

UIC's medical center has also experimented with making rapid settlement offers once errors are reported to patients and has found benefits to both providers and patients. In a study, it determined that when patients weren't notified immediately about errors, they tended to file suit and ultimately received only about 45 percent of damages (the rest went to cover court costs and attorneys' fees). When faster communication took place, patients received up to 80 percent of a proffered settlement. For example, in a recent settlement, the plaintiffs received 70 percent of a $2 million payout, McDonald said.

Finally, AHRQ has awarded nearly $3 million to reduce malpractice costs through accelerated negotiations in New York. New York State's Unified Court System, which oversees the administrative business of all New York state courts, is running a project using judge-directed settlement negotiations to get earlier resolution to error-related disputes, thus saving both the court and litigants' time and money. The key difference in these settlements is that unlike in other medical malpractice suits, the same judge presides over this case from beginning to end. Here the judge ensures that only the parties who have the authority to settle are in the negotiations, in contrast to other courts, where that is not the case.

All of the investigators behind these grants believe that their experiments will ultimately buttress the case for changes to federal policy. AHRQ director Carolyn Clancy concurs, arguing that the demonstrations "will fundamentally give us a better evidence base" to improve patient safety and reduce both errors and lawsuits. Others are unconvinced that the relatively small grant program will make much of a difference. Lisa Rickard, president of the U.S. Chamber Institute for Legal Reform, says that a small medical liability grant program will do little to alter "the status quo when it comes to medical malpractice lawsuits." She points to studies suggesting that "meaningful" tort reform, in contrast, could save from $120 billion to as much as $500 billion over a decade.

Law professor and malpractice expert Sage, who is also a member of Health Affairs' editorial board, thinks that caps on noneconomic damages would be less effective than the types of changes being tested in the AHRQ grants at reducing the number of malpractice lawsuits. Most health policy experts, he says, believe that "caps on damages [are] tangential to the real problems with the malpractice system, which involve excessive numbers of medical errors, inaccessible compensation for most avoidable injuries, and a slow, expensive process of dispute resolution that is inhumane to both plaintiffs and defendants," he says.

A court case involving a brain-damaged baby, could take months to litigate and would shatter a physician's career, andeven if it produced a large award or settlementthe family would still have the lifetime burden of caring for a severely disabled individual. How much better, Sage and other malpractice experts observe, to have a healthy baby, happy parents, and a high-performance health care system prepared to avert millions more medical errors down the line.

Find a Hospital Drug - Food Interactions Drug Side Effects Calculator Turmeric Powder - Health Benefits, Uses & Side Effects How to Reduce School Bag Weight - Simple Tips Blood Pressure Calculator Drug Interaction Checker Sanatogen Find a Doctor Daily Calorie Requirements
This site uses cookies to deliver our services. By using our site, you acknowledge that you have read and understand our Cookie Policy, Privacy Policy, and our Terms of Use