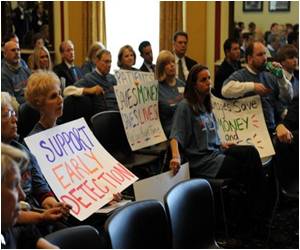 Can hormones also affect our morality? A new study shows they can - with findings that high levels of testosterone, the male sex hormone, make people more prone to corruption. Researchers from the University of Lausanne, Switzerland, also found that human beings may be naturally predisposed to corruption, Daily Mail reported.

They had set out to discover the truth behind John Dalberg-Acton's famous saying that "power tends to corrupt, and absolute power corrupts absolutely".


Corruption, it was decided, was defined as the breaking of an accepted social contract for personal advancement or reward.


The team randomly selected 718 business students to take part in the study.

The volunteers were asked to play two variations of a classic social experiment known as 'the dictator game'.

In the first variation, 162 randomly-selected business students were named 'leaders' and each was assigned between one and three 'followers'.

The leaders were given an amount of money and asked to distribute it around their group, as evenly or unevenly as they liked.

Those with more followers -- and, therefore, more power -- were far more likely to take a significantly larger portion for themselves.

In the second variation, 240 students played the game again. But before beginning, the researchers measured their levels of testosterone and other personality tests.

Before the experiment, the students also voted on how much money it would be reasonable for the leader to take for themselves.

The result of this vote was used to establish a 'social norm'. If the 'leaders' decided to break this social norm, their actions would be branded that of a dictator.

Despite previously establishing an agreed social norm, those leaders with more power still found themselves corrupted, taking a large proportion of the money for themselves.

The findings suggested that high testosterone readings made leaders more likely to break the social norms that they themselves had helped create.

Other studies have proved that high levels of testosterone can be linked to antisocial behavior and self-centered attitudes.

High levels of testosterone have also been linked to a reduced ability to feel empathy.

"High testosterone individuals will be 'tuned-off' from feeling the emotional impact their decisions will have on others and will tend to focus on maximizing their payoffs," study leader professor John Antonakis was quoted as saying.