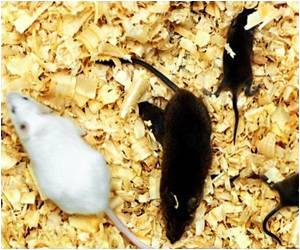 Research indicates that male mice with an extra "girly" sex chromosome seemed to have an insatiable appetite for sex.

Body wraps is an all natural remedy to slenderizing & contouring your body that not just hydrate your skin but take you to a trance of pure relaxation and calm.

The study was done in mice, not humans, but the genes that determine sex are similar in mammals, so the results might be applicable, especially in males with Klinefelter's syndrome, who are genetically XXY.


"Whether this is a specific phenomenon to mice, or even to this particular inbred background strain of laboratory mice, is still an open question, but we did find similar results in two different genetic models of mice," study researcher Paul Bonthuis, a graduate student at the University of Virginia, told LiveScience in an email.

"To know how general the finding is to other mammals one would have to do studies with other mammalian species directly," he noted.

In the first, they were able to separate the effects of the X and Y chromosomes from the mouse's sexual development (which is dependent on one gene on the Y chromosome). This means that even lab mice with odd numbers of sex chromosomes - for instance males with two X's or females that have a Y - still developed normally; they had normal genitalia and sexual behaviours for their gender.

In another genetically engineered mouse model the researchers linked the X and Y chromosome so this pair could be matched up with an X chromosome, resulting in genetically XXY males.

These two models provided different parts of the puzzle, with the first one revealing developmental differences created by genes on either the X or Y chromosome that aren't involved in normal development. The second model would reveal how an extra X chromosome affected the male mice.

Sex hormone levels were normal in all of these special lines of mice.

When they studied these mice, they found that the males with two X chromosomes (the XXY males) were about twice as fast to ejaculate and ejaculated nearly twice as often than those with only one. They also mounted females more often and during sex showed more pelvic-thrusting motions.

"We take these findings to mean that not all sex differences in behaviour are due to the differences in the hormone secretions by the ovaries and the testes," Bonthuis said.

"Our studies indicate that direct genetic differences between XX and XY individuals ... also play a role in causing sex differences in behaviour," he stated.

These results indicate that there may be an undiscovered gene on the X chromosome that affects sexual behaviours in mice and perhaps in other mammals, the researchers say.

"We do not yet know what gene on the X chromosome is causing this effect on behaviour," Bonthuis said, but only a small percent of genes are expressed on both X chromosomes (some genes are automatically turned off in one X when two X chromosomes are present).

"It is hard to say for certain what the X factor could be, but we do have some likely candidates," he asserted.

Human males with two X chromosomes do exist. They have Klinefelter's syndrome, which happens about once every 500 to 1,000 male births. Symptoms include infertility and decreased testosterone levels, among others. Many males don't show symptoms.

A 1997 report on men with lowered fertility indicated that men with Klinefelter's reported having sexual intercourse more often than normal XY males. If this holds true, they could be under the influence of the same mysterious X chromosome factor as the mice.

The study was published online last month in the journal Hormones and Behaviour.

Is sex addiction a malady that can be treated or is it only an excuse for celebrity romps?
<< Planning Diet may Not Help You Gain Self-Control
Success or Failure of Celebrity Marriages Predicted by Equa... >>