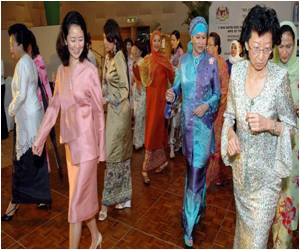 Top clerics in Malaysia permits "poco-poco" line dance. "If it can bring about positive impact to health, then we have no objection on that matter, says Abdul Shukor Husin, chairman of the country's National Fatwa Council.

The decision came after a mufti in the predominantly Muslim nation outlawed the dance in his state, saying it amounted to cult practices and that its crossed-shaped movement was associated with Christianity.

Genes are Responsible for Learning Dance

People who were fast at picking up simple sequence of finger movements showed that they had higher levels of a substance called GABA running in their brain.
Advertisement

However the Islamic experts had decided against a ban, paving the way for its free use.


Muslim women, however, have been reminded to not wear sexy clothes or to mix freely with men while dancing.

Harussani Zakaria, an elderly mufti from the northern state of Perak, declared that the "poco-poco" dance violated Islamic law and banned it.

Professional ballet and modern dancers are not as emotionally in sync with their bodies as are people who regularly practice meditation, says a new study.
Advertisement
Regardless of the Fatwa Council's decision the dance will remain banned in Perak as matters pertaining to Islam are covered by local law.

In Malaysia, many adults and children take part in the dance, which is considered a recreational activity to keep fit.

More than 60 percent of the nation's 28 million population are Muslim Malays and other faiths have expresed concerns of creeping Islamisation in this multi-racial country.

Norazliza Alias, a dance instructor said her students were mainly women who just "love to sweat with poco-poco movements and music."

"The dance I teach is not linked to any religion. My clients really have fun, with mothers bringing in their sons and daughters to join in," she said.

The origin of the "poco-poco" dance is unclear but many believe it originated in Indonesia more than 20 years ago to accompany a song of the same name.

It is also a Jamaican word which relates to a wild dance under the possession of spirits.

When Wang, 24, went to jail three years ago he had no idea he would end up in a bid to break a record for most inmates dancing together.
Advertisement
<< New Finding May Help Fight Tuberculosis
China Bans 151 Materials >>

Vent Forte (Theophylline) A-Z Drug Brands in India Indian Medical Journals The Essence of Yoga Calculate Ideal Weight for Infants Blood Pressure Calculator Sanatogen Hearing Loss Calculator Find a Doctor Accident and Trauma Care
This site uses cookies to deliver our services. By using our site, you acknowledge that you have read and understand our Cookie Policy, Privacy Policy, and our Terms of Use