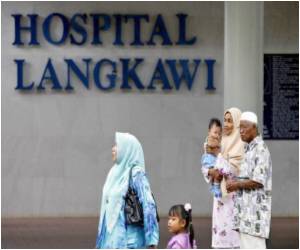 Health Minister Liow Tiong Lai said doctors had been ordered to inform the authorities of any suspected cases in order to identify the source of infections, the Star daily reported.

Leptospirosis is a disease caused by the Leptospira bacteria. It is also known as Weil''s disease , after the one who first recognized the disease.
Advertisement

"When we are able to identify the source of the bacteria, then measures can be taken to control it, including cleaning up works... and closure of the affected places if necessary," he told the paper.


Health officials said the number of leptospirosis deaths has more than tripled in the past six years with 20 deaths in 2004, 62 deaths last year and 95 deaths between January 1 to August 15 this year.

Interactive section of Medindia gives details regarding waterborne disease
Advertisement
The recent spate began in July when eight people, who were among a search and rescue group looking for a drowning victim in a recreational area in eastern Pahang state, died of the disease and another water-borne bacteria.

The latest victim was a 17-year-old boy who died on Saturday after going swimming in northern Kedah state.

Leptospirosis, which produces fever, vomiting, severe muscle aches and headaches, is mostly spread through the urine of infected rats, which can contaminate water supplies.

Liow urged those visiting recreational areas like parks, waterfalls and rivers to keep their surroundings clean so as not to attract rats.

He said health authorities were organising a series of nationwide campaigns to educate the public on ways to prevent infection.

Turmeric Powder - Health Benefits, Uses & Side Effects Diaphragmatic Hernia Vent Forte (Theophylline) Noscaphene (Noscapine) Nutam (400mg) (Piracetam) How to Reduce School Bag Weight - Simple Tips Indian Medical Journals The Essence of Yoga Accident and Trauma Care Blood Pressure Calculator
This site uses cookies to deliver our services. By using our site, you acknowledge that you have read and understand our Cookie Policy, Privacy Policy, and our Terms of Use