Malaysia is the Venue for the Largest Outdoor Reading Event 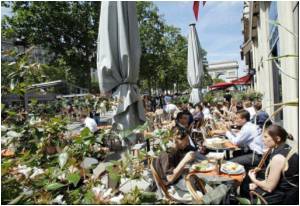 It is being reported that thousands of people across Selangor participated in a record-breaking reading event at Taman Tasik Shah Alam. This is the largest outdoor reading event in Malaysia.

As many as 14,718 participants from all spheres of life gathered around the lake for an hour-long reading session.

The 'Knowledge Day,' organised by the Selangor Public Library Corporation to promote the culture of reading among the people, received recognition by the Malaysia Book of Records as the largest outdoor reading event in the country.


The Sultan of Selangor, Sultan Sharafuddin Idris Shah, who was the guest of honour at the event. He took a boat ride around the lake to witness the event.

Adolescent depression is an ailment that occurs during the teenage characterized by persistent melancholy, disappointment and loss of self-esteem.
Advertisement
Sultan Sharafuddin, in his speech, said it was important to read to increase knowledge about the world.

"We should not regard libraries as dreary places, but instead appreciate all the collections in a library as they are valuable treasures," the Star Online quoted Sultan Sharafuddin as saying.

"People should also read more informative material instead of reading about gossip and entertainment," he added.

Sultan Sharafuddin asked parents to encourage their children to master various languages especially English, which is regarded as a global language but at the same time not ignore Bahasa Malaysia.

Online Depression Screening Test tells if you have mild or chronic depression based on your depression symptoms. Learn how to deal with depression by using this self-assessment calculator.
Advertisement
Advertisement
This site uses cookies to deliver our services.By using our site, you acknowledge that you have read and understand our Cookie Policy, Privacy Policy, and our Terms of Use  Ok, Got it. Close
×