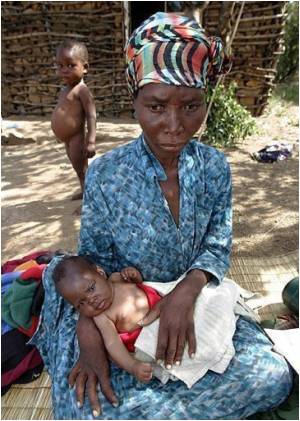 Malawians who are uncertain about their HIV status are more eager to start families, say researchers.

"In decision-making, what you know you don't know can be just as important as what you do know," said Jenny Trinitapoli, assistant professor of sociology, religious studies and demography, Penn State.

Malawi, a landlocked country in southeast Africa, has both a high fertility rate and a high prevalence of HIV. About 12 percent of the population is infected with the virus that causes AIDS.

Statistics tell us that the world HIV+ population has risen drastically from 8 million in 1990 to a whopping 33 million in 2007! Even more alarming is the fact that young people (below the age of 25) account for half of these infections! This is adequate proof for the lack of awareness among the general public even in these modern times. So take our quiz and brush up on the essential facts of HIV/
Advertisement
"In this context, uncertainty about HIV is even more widespread than the disease itself," Trinitapoli said. "Furthermore, testing for HIV does not reduce uncertainty young Malawians experience."

Those uncertain of their HIV status indicated that they want to have children significantly sooner than both those who were sure they have HIV and those who were certain that they did not have the disease.

Trinitapoli said the pattern was the same among both male and female respondents.

According to Trinitapoli, there are several reasons why uncertainty accelerates childbearing in Malawi.

"In Africa, where being a parent is critically important, having children reduces some of life's uncertainties," Trinitapoli said.

Families with many children tend to have a higher status in Malawian culture.

"They may want to take advantage of their current good health," Trinitapoli said. "Another reason is that people believe that having children may prove that they are in good health."

Many people in Malawi believe that a woman with HIV cannot carry a healthy baby to full-term. Having a baby, therefore, is considered a sign that the woman does not have HIV.

Many Malawians want to start their families sooner so they can live long enough to raise their children, Trinitapoli said.

According to the researchers, people experience different levels of uncertainty differently, and this plays a role in decision-making that some may take for granted."This type of personal uncertainty is relevant for how people think about their lives and make decisions," Trinitapoli said.

The researchers, who reported their findings in the current issue of the American Sociological Review, selected 1,472 female and 567 male subjects who were between 15 and 25 years old.

Trinitapoli said that the method avoids embarrassing participants and gives them a chance to better communicate their level of certainty.

"How do you communicate probability? It's hard to converse about what we know and what we don't know even in the U.S.," said Trinitapoli. "We just don't have the vocabulary for it."

Drug Side Effects Calculator The Essence of Yoga Noscaphene (Noscapine) Pregnancy Confirmation Calculator Blood Donation - Recipients Color Blindness Calculator Hearing Loss Calculator A-Z Drug Brands in India Vent Forte (Theophylline) Drug - Food Interactions
This site uses cookies to deliver our services. By using our site, you acknowledge that you have read and understand our Cookie Policy, Privacy Policy, and our Terms of Use